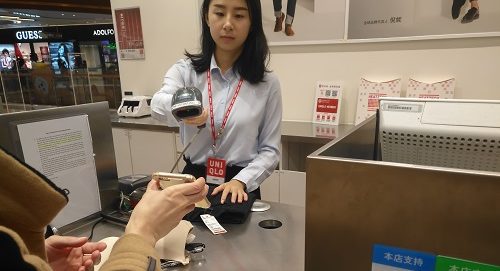 Mobile payments in China continued to surge in 2019, as the move to virtual wallets led to a double-digit decline in cash withdrawals, data from the central bank showed.

The number of mobile payment transactions in Q4 jumped 73.6 per cent year-on-year to 30.7 billion, with the value increasing 21.3 per cent to CNY94.9 trillion ($13.3 trillion), Xinhua News Agency reported, citing data from Bank of China.

Growth rates for the full year were similar at 68 per cent and 25 per cent respectively, with the use of mobile payments causing a 19 per cent drop in cash withdrawals from ATMs, Ledger Insights reported. Purchases of point-of-sale equipment fell 9.9 per cent in 2019.