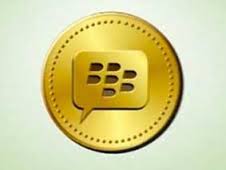 BlackBerry, PermataBank and Monitise will spread BBM Money – a P2P money transfer service for users of the messaging service –  to Android and iOS users in Indonesia from early next year.

Indonesia is the world’s fourth-largest mobile market in which historically BlackBerry has been popular, a background the company is now trying to leverage with BBM Money.

A version of BBM Money for BlackBerry users was launched in 2013.

From 2015, the service will be enhanced to include the ability for BBM Money users to make purchases in retail stores and online, as well as conduct money transfers.

The service is available to users regardless of who they bank with or whether they have a bank account, said BlackBerry.

BBM is one of the most popular messaging apps in Indonesia, said BlackBerry. Monthly active users have grown by 150 per cent over the past 12 months.

Indonesia was the first country where BBM Money was launched but BlackBerry wants to take it elsewhere too.

The expansion to money services was motivated by the country’s fast-growing economy and the fact that only 11 per cent of Indonesians have debit cards.

Previous ArticleOrange: Operators must “explain and convince” to tackle growing tax burdens
Next ArticleDifferent approach needed for Android One apps