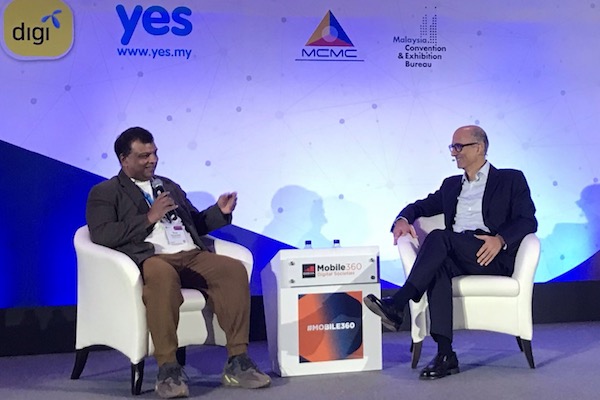 “What drives us is inclusivity. We have made ASEAN (Association of Southeast Asian Nations) a smaller place. That’s really my goal. We want to make fintech services inclusive and allow people to reach a large audience,” he said in a keynote.

While investors were targeting China and India, Fernandes built an airline around the ASEAN countries where he saw a huge opportunity to improve travel connectivity for 700 million people.

He plans to adopt a similar tactic for financial technology with a specific focus on remittance services.

Assessing the business models of start-ups such as Grab and Gojek, which have spent billions of dollars acquiring customers by give aways or heavy discounts, he saw an opportunity to instead tap its customer base of 100 million people who fly AirAsia each year to cross-sell more services.

Strong start
Its online portal has 60 million unique visitors a month, with $6 billion in transactions of which 95 per cent are air tickets.

Its fintech business Big Pay has attracted 700,000 customers in six months. Yesterday [23 September] it launched a remittance product, and will soon introduce a loan service in Thailand, the Philippines and Singapore.

Those services interact with AirAsia.com, he said “because we can do pay-as-you-buy services. We think many banks rip-off their customers and can make remittance services more affordable. Also we don’t charge our travellers a fee for foreign exchange, [instead] giving them the spot rate, so they can save about 5 per cent.”

Asked if he plans to expand its Malaysia-based MVNO Tune Talk, he said “we’d like to be in the region and hopefully can find partners” but didn’t elaborate, joking “I learned today we can rent towers, then we don’t need Axiata any more. I kind of like that concept”.

Fernandes also took a swipe at the local aviation regulator, saying he wished it was regulated by Al-Ishsal Ishak, chairman of the Malaysian Communications and Multimedia Commission, not Mavcom, which is “360-degree opposite”.