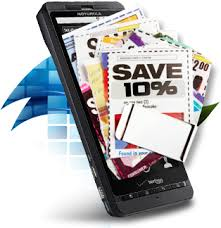 Quantifying the return on investment in marketing is notoriously problematic, but savvy minds and smart technology are closing the redemption loop, as Dan Matthews reports.

For decades retailers have invested millions of pounds trying to establish a link between promotional material – adverts, offers, coupons – and money ringing through their tills. Initially, it was borderline impossible, so advertisers and marketers went on the basis that a bigger ad or better offer in a more popular space equated to more customers in-store.

Until fairly recently, the best they could come up with was a good old-fashioned customer survey – usually featuring some kind of bribe – or paper forms asking “where did you hear about us?” It was by no means an exact science.

But times have changed. Now the Holy Grail for every advertiser – not just in the retail space – is to create a traceable breadcrumb trail directly linking a piece of marketing collateral to a purchase or some other desirable act, whether it be made in a shop or on a website.

This neat line connecting the rod to the fish is called “the redemption loop”; a merry-go-round of cause and effect in which consumers spot offers, seemingly at random, but actually cleverly contrived by brands, and bank them in a procession of inspired purchases.

The point of the redemption loop is that it gives organisations a lot more information about the people who want to buy from them, as well as helping target new customers who they suspect could become fans based on patterns of behaviour.

It allows businesses to cut through the noise and target present or would-be loyal customers, instead of, or as well as, taking out the marketing blunderbuss and firing in the direction of the general public.

It’s win-win. Having discovered the ins and outs of customer behaviour, brands can zero-in efficiently. They can reach people when and where people want to be contacted, but also potentially limit the collateral damage caused by untimely or misdirected messages.

Honey Kirtley, head of insight and loyalty at The Logic Group, sums it up: “The redemption loop refers to the capture of data from the point of voucher issuance to redemption and is complete when the entire journey can be monitored, and its effectiveness accurately measured.

“The data captured helps businesses identify who presented the voucher, how they received it and what they purchased when they redeemed it. Without this data, stakeholders cannot accurately calculate return on investment, optimise campaign effectiveness, maximise customer engagement or reconcile funds between the issuer, the distributor and the accepting merchant.”

The potential to kill two pterodactyl-sized birds with one stone, by cutting spend and delivering more sales, is generating a great deal of buzz in the payments industry and is the fuel driving a new sector of primarily digital businesses offering a better kind of customer relationship management (CRM) software.

One challenge these businesses are all trying to overcome is making sense of the reams of data pouring out of offer sites, loyalty schemes and competitions. Another is tracking offers discovered by customers through online searches or social media, but redeemed in the real world via a print-out or a code displayed on a mobile phone.

A pioneering effort to close the virtual-to-actual aspect of the redemption loop was Orange Wednesdays, launched in 2003 well before internet-enabled smartphones were widely used. This used text messages to grant Orange customers two-for-one midweek tickets at participating cinemas.

Mobile marketing solutions business Lumata worked with Orange, now merged with T-Mobile, from conception of Orange Wednesdays in the early-naughties through its technological evolution to the present day, where data capture is more sophisticated.

Sundar Balasubramanian, head of products at Lumata, says: “Today it’s a hybrid platform, mostly integrated with the cinema’s point-of-sale [POS] system while still using add-on POS hardware in some cinemas for staff to enter the coupon code. This is then validated and applied, with the data fed back into the system.

“Different redemption solutions will suit different sizes of retailer and types of retail environment. Not all businesses require the same level of data to be captured either. Orange wants to know who redeemed what, while Disney prefers the aggregate data of what works when.

“US retailer Target sends scannable mobile coupons that can be read straight off a customer’s mobile device to avoid any manual data entry. It’s the most expensive option, but creates the minimum possible disruption in an extremely busy superstore.”

Mr Balasubramanian’s advice for retailers hoping to mimic the success of Orange Wednesdays is to promote campaigns offline and online, and provide multiple channels for people to access a coupon and redeem it. Retailers should target customer profiles, not “spray and pray”, and learn from the data that comes back, he says.

This advice needs to be considered in a changing technological environment, with the proliferation of mobile handsets threatening to kill off paper-based vouchers for good. Near-field communication (NFC), which allows payments to be made by holding one device to another, is paving the way for an intensive focus on mobile phones.

“In future, the NFC payment model will play a major role, enabling a retailer’s IT system to automatically recognise the offer and action it, while allowing the retailer and even the supplier to record the redemption,” says Karmesh Vaswani, head of retail in Europe, the Middle East and Africa (EMEA) at Infosys.

“Shops could offer a free gift as an incentive for customers to pay by contactless on their phone. As soon as the transaction is made, the cashier is aware of the customer’s name and buying patterns, driving a more personalised service.”

Closing the redemption loop means more than figuring out when and where customers got hold of an offer. It is a gateway to an entirely new culture of shopping, which will force campaigns to become more targeted and relevant as time goes by.

Businesses combining these technologies with good products and a gentle approach will bring joy and happiness to their customers, while blunderbuss practitioners will continue to frustrate and annoy.

This article was originally published in The Future of Payments report in The Sunday Times newspaper by Raconteur Media, in association with Mobile World Live. Download the full PDF report here. 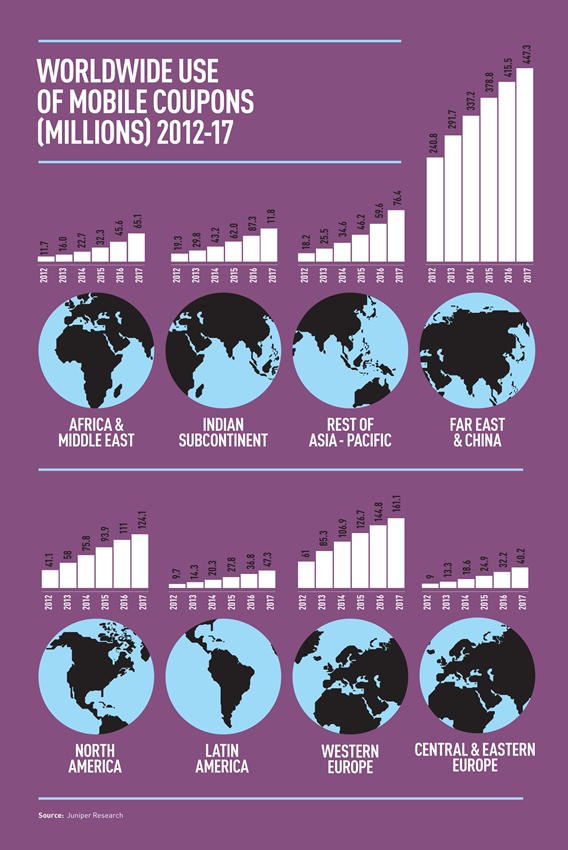