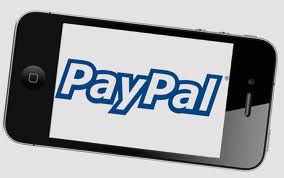 “I admire Braintree because they were one of the very first companies to understand the power of real mobile-first experiences,” said Marcus about his $800 million acquisition. But it might not be the first acquisition he needs to secure the aims he has set for PayPal.

Despite his admiration (well deserved, I am sure) for Braintree, Marcus took some time to secure the object of his affection; according to media reports, the payments processor, which only launched in 2007, had previously attracted the attentions of Google, then Square, before PayPal stepped in with an offer.

And Braintree wasn’t the only takeover target to catch PayPal’s eye, notes AllThingsD. Rival upstart Stripe also attracted its attention, with PayPal making several approaches about a potential takeover (the most recent enquiry being made within the last month, according to industry sources).

PayPal’s indecision is understandable, since both smaller firms offer something that the payment giant lacks.

But more significantly, Braintree has a strong following among developers. “In a mobile wallet world, the wallet developers will choose the API, not the brand, so fast evolution of API functionality is as important as the QoS/GoS [Quality of Service/Grade of Service] that sits behind it. Braintree were doing some very clever work to deliver better customer experience by learning between apps which was very nice,” said Dave Birch, a well-respected figure in mobile payments and global ambassador for Consult Hyperion (he responded to Mobile World Live via email).

Most of all though, the deal gives PayPal access to Braintree’s customers which include Airbnb, OpenTable, Uber, and TaskRabbit. The newcomer has more appeal than PayPal among these companies, most of which are already significant businesses. By the law of averages, at least one of these apps will grow to be very big indeed, hence PayPal’s interest.

So this all looks like a great boost for the payments giant. But not so fast. Yes, Braintree helps PayPal boost its credentials in online payments. But the eBay unit could also do with some help in proximity payments, an area where Braintree has little presence. In an interview with Mobile World Live a few months ago, the newcomer was coy about its intentions for payments in the physical world.

Despite all the talk, and deals like that struck by PayPal with US retailer Home Depot, we have yet to see much traction in point-of-sale (PoS) payments made via mobile devices.

Much has been written about the threat to conventional retailers from so-called showrooming but so far mobile payments are barely registering as a percentage of the annual $4 trillion PoS market in the US, according to Javelin Strategy & Research.  Fixing this market will probably need PayPal to put a hand in its pocket for another big deal.