Preparing to lead in 5G and its key use cases 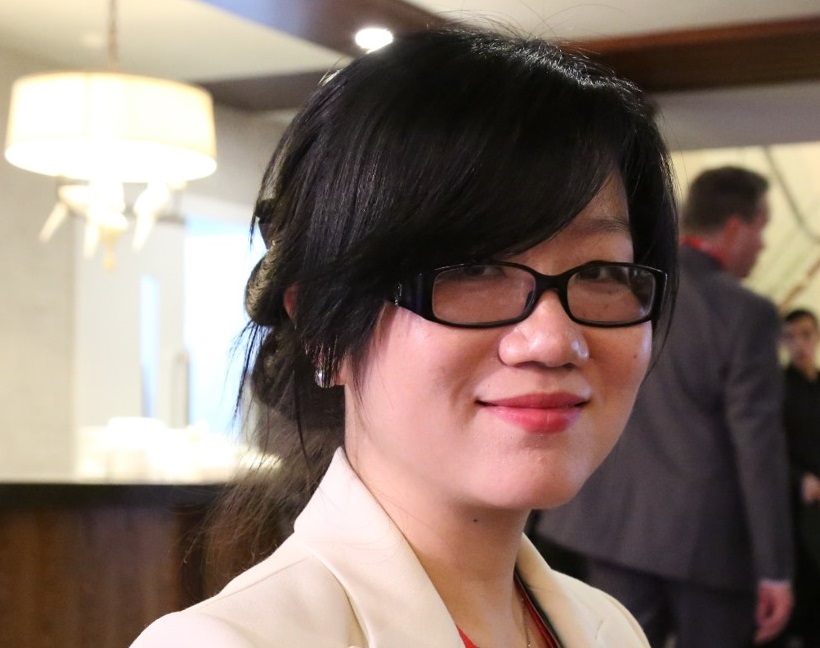 PARTNER INTERVIEW: Ahead of the GSMA’s Mobile 360 MENA event, Daisy Chu, VP Wireless Marketing Operation (pictured) at Huawei, spoke to Mobile World Live on the progress towards 5G, its use cases and global challenges facing the industry.

When will 5G be available?
Although the hottest topic, 5G is still under the research and standardisation stage.

The standard will be launched in 3GPP Release 15 and Release 16. 3GPP announced the decision at MWC 2017 that Non-Standalone (NSA) will be ready to meet early 5G demands at the end of 2017.

From the chipset aspect, Hisilicon plans to launch the first 5G CPE chipset at the end of 2018. As for the smartphone chipset, the plan is for 2019. Typically, the terminal will be ready three months to half a year after the chipset. With Hisilicon, Huawei CPE is expected to come faster.

What is the progress of 5G use case development?
Popular use cases under research are WTTx, AR/VR, and autonomous cars.

According to statistics there is still a large portion of households that have low broadband experience or even have no broadband access. Using WTTx with 5G will be a cost-effective solution to addressing last-mile access while providing a good broadband experience. Unlike other cases with business model uncertainty, WTTx has proved successful with fast deployment and fast ROI. For now, operators in North America and Korea declare that they will firstly commercially launch WTTx in 5G.

AR/VR will be the killer application in the 5G era. According to analysis reports, if AR/VR addresses the mobility and user experience issue, the market share is forecast to reach $110 billion, which will exceed TV market share. But to realise mobility on AR/VR requires a higher capacity of network, and current LTE networks cannot satisfy it. Normal experience AR/VR equipment needs 48.94 Mb/s speed, and a top-tier experience needs 1.29 Gb/s speed. On the other hand, AR/VR devices have very high requirements on latency which needs a minimum end-to-end speed of 20ms. The lens providers need to solve the ‘dizzy’ problem, the network needs to solve the latency and capacity issue. The industry is collaborating to solve these problems.

Autonomous cars is another hot topic. Google cars and Tesla have launched autonomous cars, which are adopting sensors and radars. But are they reliable and safe enough? It’s hard to say. I mean, the safety level has some space to improve, where 5G low latency and ultra-reliability can help. Now there is 5GAA, in which vendors like Huawei, car manufacturers like Audi/BMW, chipset providers like Qualcomm/Intel are shaking hands and doing research for autonomous driving’s future.

Unified standard: A global unified standard is good for the industry from two perspectives. Firstly, it will gather more industry partners’ power into one, so that the standardisation and the research on use cases can be faster.

Secondly, unified standards reduce the cost of 5G, especially the end user device, which actually will deeply affect 5G commercialisation success. Huawei follows 3GPP standardisation to avoid fragmentation. We have been leading nine out of 13 key items of 5G New Radio (NR) WI, and playing an important role in the other four items.

Global cross-industry collaboration: Huawei works with partners in many industries around the world. Huawei has over 30 5G partnerships, and is an active member of organisations such as the EU’s METIS/METIS II, 5GPPP, China IMT-2020 Promotion Group and 3GPP.

For cross-industry collaboration, Huawei co-founded 5G AA with car manufacturers, chipset manufactures, etc. to work on autonomous driving car application. In Germany, Huawei has a research centre focused mainly on verticals. Huawei has been keeping wide cooperation with industry partners. We are playing key roles in chief 5G associations such as: 5G PPP, NGMN, IMT-2020, and 5GAA. Specifically, Huawei is the founder of 5G AA (vehicle connection association) and a key founder of 5GDFA (the autonomous manufacture association).

How is 4G evolving into 5G?
Before 5G NR can mature by 2020, 4G will still be the transitional radio access technology supporting booming data traffic for the next 2-3 years. Evolving to 5G, I believe there are three aspects needed.

First is to be experience-ready. Video and earlier researched 5G applications need much higher speed experience. With Massive MIMO, 4×4 MIMO, 256QAM, T+F CA, etc, rates can reach Gb/s and the user experience can be highly improved.

Second is to be spectrum ready. 5G supports all spectrum access, and the first band for 5G is agreed as C band, which can provide 200MHz all over the world. We hope operators will get more bandwidth for the future 5G deployment.

Last, but not least, is being business-ready. All new use cases need time to develop, including business models, reducing end user device cost, user habit incubation, etc. 5G early use cases are on the table including WTTx, AR/VR, V2X, IOT, on which all industry partners need to start working now.

Finally, what’s Huawei’s 5G update?
Huawei is leading 5G standardisation. We are leading nine out of 13 items in 3GPP R15 5G-NR RAN WI, and participating in the other four items. We are contributing 90 key roles (chairman or board member level) in three main international standard organisations: 3GPP, ITU, and IEEE. Out of the 57 chairs in 3GPP, Huawei has seven chairs and vice chairs, including groups SA2, SA5, RAN3, RAN4, ranking No.1. Huawei introduced innovative technologies into 3GPP R15, such as: Polar Code, UL/DL decoupling, F-OFDM and etc.

Huawei established X-Lab to focus on 5G business case development with more than 180 partners, including operators and vertical players. More than 45 innovative projects were under development by Q3 2017. Relying on X Labs R&D, in 2017 we focused on four major domains including connected drones, cloud-based wireless robots, VR/AR and Internet of Vehicles, to hatch real-world scenarios with our partners.

Huawei is getting the best performance in 5G trials and demos.

To conclude, Huawei has the confidence to be operators’ most reliable partner in the 5G era.