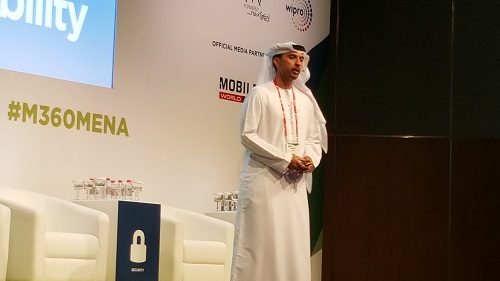 LIVE FROM GSMA MOBILE 360 MENA, DUBAI: Authorities in Dubai are set to assign specific digital identities to machines in a bid to increase the safety levels of autonomous vehicles and push forward the next stage of the Smart Dubai initiative.

Speaking in the IoT keynote, Wesam Lootah (pictured), CEO of Smart Dubai Government – the division dedicated to the technical aspect of rollout – highlighted the organisation was on track to achieve the goal of a quarter of journeys being made using autonomous vehicles by 2030.

There have already been a number of limited rollouts of innovations as part of the project, including testing of the next generation of taxi services: “Testing for the flying taxi has already started,” he said.

Lootah said the creation of a digital ID initiative designed for machines – based on an existing personal identification scheme used by citizens – was one of a number of elements set to support the successful widespread deployment of completely autonomous vehicles on the city’s roads and in its skies.

“If you cannot identify the device, you can imagine what the hacker or a faulty device can do to the network,” he added: “We’ve been working on a digital identity and we are taking this concept to devices.”

Other elements already in progress highlighted by Lootah include open and shared data policies, device management technology and blockchain technologies.

Operator support
The issue of autonomous cars was also picked up by Du’s CEO Osman Sultan in his keynote. The boss of UAE’s second largest operator looked ahead to a time when “our kids will not need to drive anymore. They won’t commute the same way.

“We will move more and more from a universe to Youniverse,” he mused.