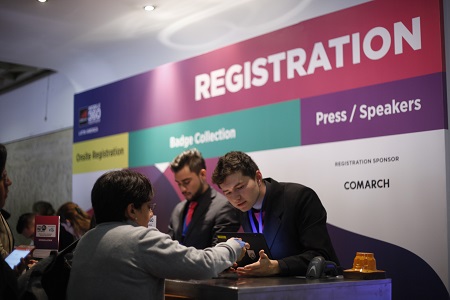 LIVE FROM GSMA MOBILE 360 LATIN AMERICA, BOGOTA: Latin America’s mobile ecosystem generated $260 billion in economic value in 2016, 5 per cent of GDP, on the back of rapidly rising 4G and smartphone adoption.

The figure is forecast to rise to $320 billion in 2020, equivalent to 5.6 per cent of GDP, according to the 2017 Latin America and Caribbean edition of the GSMA’s Mobile Economy report.

“Local operators are set to invest nearly $70 billion in their networks by the end of the decade to expand 4G coverage across the region, which will allow greater mobile data usage as consumers migrate to next-generation networks,” said GSMA CMO Michael O’Hara.

“Latin America’s mobile ecosystem is a key contributor to economic growth and social development across this diverse region, building a platform for innovation, investment and entrepreneurism,” he added.

The sector supported 1.7 million jobs (directly and indirectly) in 2016 and made a significant contribution to the funding of the public sector with almost $34 billion raised in the form of value-added, corporate and employment taxes.

As a result of rising smartphone adoption and 4G usage, the mobile ecosystem provides “a large, scalable platform for entrepreneurs and innovators,” the GSMA stated in the report.

Venture capital and private equity funding is proving especially strong in 2017, with more transactions in the first half of 2017 than in all of 2016 (which itself was a record year).

4G
After a slow start, 4G networks have now reached critical mass in the region the report revealed, providing coverage to 70 per cent of the population. As of June 2017, Latin American operators had launched 108 4G networks in 45 markets. The technology is on track to account for 42 per cent of connections by 2020, on par with the global average.

The first commercial 5G networks in the region are expected to be switched on in 2020 and are forecast to provide coverage to 50 per cent of the population by 2025.

Around 60 million new subscribers are due to be added by the end of the decade, by which point more than 75 per cent of the region’s population will be mobile subscribers, up from 70 per cent in 2016.

Smartphones accounted for 59 per cent of Latin American connections in the first half of 2017, which is expected to increase to 71 per cent of the total by 2020.

Digital exclusion
With nearly 350 million mobile internet subscribers, the Latin American market is larger than the US and contains some of the world’s most advanced and engaged mobile internet users.

However, around 300 million people remain digitally excluded, predominantly in rural and remote areas. The study said special government policies are needed to stimulate a collaborative approach between the public and private sector to effectively address these issues.

“Mobile operators are playing a key role in reaching out to these citizens as well as tackling the barriers to mobile internet adoption such as a lack of digital skills and affordability challenges,” O’Hara added.

More women in the workforce is good for business