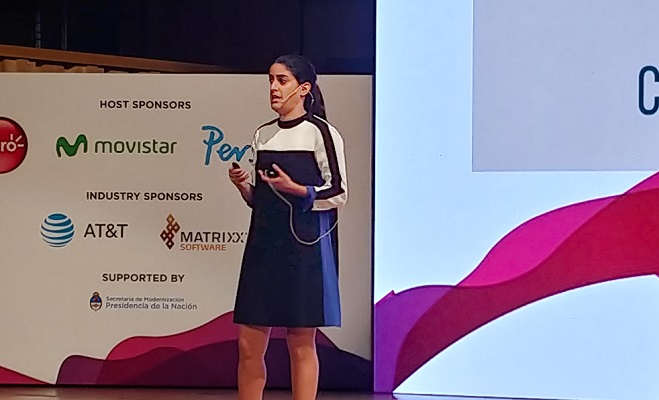 LIVE FROM GSMA MOBILE 360 SERIES – LATIN AMERICA, BUENOS AIRES: Cristina Martinez from consultants C Minds (pictured) called for governments and industry to prepare for the changes brought about by artificial intelligence (AI), in a region which scores low in terms of workers’ readiness for future employment changes.

“We believe the key word here is resilience, and we are working hand-in-hand with governments and companies to prepare society for the digital transformation that is coming up,” she said.

Martinez, who is partner, new technology for public innovation at C Minds, said that in Mexico some 9.8 million people could be impacted in their work by increased digitalisation.

“They are not necessarily replaced, the replacement is around 1.5 million, but the rest are modified or improved based on how a human interacts with technology. But as for the 1.5 million where there is labour replacement, we need to ask ourselves what kind of retraining policies are we driving, not only from the government but also from the companies,” she said.

“We know that we are still relatively far away from the concept of artificial intelligence that will be at the same level as human intelligence. What we do have now is machine learning with analysis for large data volumes,” she observed.

Martinez pointed to a number of areas where work needs to be done, including governments developing a “strategic vision” on the issue; research and development collaboration between academia and industry; providing citizens with skills and training; and ethics.

“There are many countries, not all of them, that are already progressing in terms of public policy on artificial intelligence. It is understood as a technology that will impact on almost every sector in the economy,” she said.