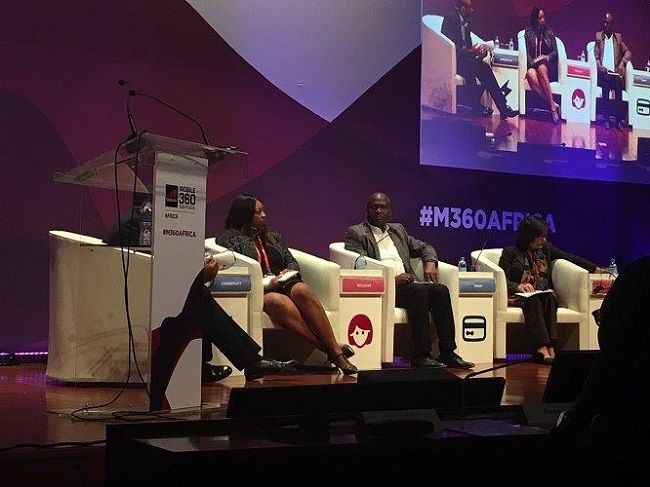 LIVE FROM GSMA MOBILE 360 SERIES – AFRICA: Panellists from Ericsson, MTN Zambia and World Bank discussed the need for a new approach to regulation to support the growth of the digital economy.

The key issue noted was a hangover of regulation put in place to support a world that is very different to the one in Africa today.

“A lot more has to be done, by governments, but also by private sector partners, around changing what we call the analogue foundation of the economy. The whole transformation sounds very easy when you talk to a millennial, but when you think of a government and the processes and public administration, they are often based on rules and regulation from 50, 60 or even 100 years ago,” said Samia Melhem, lead policy officer in the Global ICT Group at World Bank (pictured, right).

Shiletsi Makhofane, head of government and industry relations for Sub-Saharan Africa at Ericsson (pictured, centre), echoed this sentiment, particularly with regard to spectrum auctions: “From a policy perspective, we have treated the licensing of spectrum available in the data era the same way we did in the voice era. Things haven’t changed a lot around that,” he said.

While he noted the allocation of low band spectrum for mobile services at WRC 2015, he said frequencies in general are being made available in a piecemeal way.

“If it is available, it starts to be seen that it can only be made available in a certain way, to a certain areas, which is a challenge, because in order to run an efficient operation you need to have a basket of spectrum which enables you [to] give the right coverage, and the right experience as well,” he said.

Sustaining growth
He also talked of the need for a harmonised approach both within Africa and within the international mobile industry, in order to take advantage of ecosystem benefits and economies of scale. Regulators in Europe, for example, are looking to ensure spectrum there is made available in a cohesive way.

Mwenzi Mulenga, head of legal and regulatory at MTN Zambia (pictured, left), noted that while governments have certain tools at their disposal to drive rural service rollouts, such as Universal Access Funds, “the challenge once those funds are exhausted, and that amount invested, is the sustainability and the growth. How do you continued rolling it out, and pay for the maintenance of those sites?”

She noted while some areas are “very far-flung, and the population in that area is not that big”, the area may still be rich in farming activity, which drives economic activity: “Obviously they need coverage and they need data,” she noted.