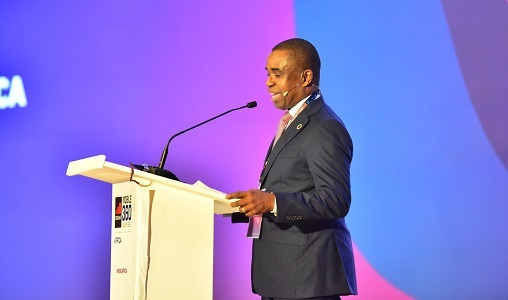 LIVE FROM GSMA MOBILE 360 SERIES – AFRICA, KIGALI: More than half of the population in Sub-Saharan Africa will be subscribed to mobile services by 2025, with the mobile phone being “the primary channel for getting on and a vital tool for improving their lives”, the GSMA predicted.

In its Mobile Economy report, the Association predicted there will be 634 million unique mobile subscribers in the region by 2025, equivalent to 52 per cent of the population, an increase from 444 million (44 per cent) in 2017.

However, fast subscriber growth in recent years is slowing due to challenges around affordability and the “youthful population”. The 44 per cent rate is significantly below the global average of 66 per cent, and World Bank Figures show around 40 per cent of the population is under the age of 16 years old: a demographic with lower levels of mobile ownership.

But there are still positives: smartphone adoption continues to increase thanks to lower device costs, which is accelerating the migration to 3G/4G mobile broadband networks and services. The GSMA forecast mobile broadband will account for 87 per cent of connections in Sub-Saharan Africa by 2025, up from 38 per cent in 2017.

Nearly 300 million new subscribers are expected to use their devices to access mobile internet services over the next seven years.

John Giusti, GSMA chief regulatory officer, said: “More needs to be done to extend connectivity to the remaining unconnected and underserved populations across Sub-Saharan Africa, but this will require a focus on long-term industry sustainability that can only be achieved through investment-friendly policies and supportive regulatory frameworks.”

Other findings
The Association also calculated the mobile ecosystem will add more than $150 billion in value to the economy of Sub-Saharan Africa, equivalent to almost 8 per cent of GDP, by 2022. In 2017, mobile technology services accounted for 7.1 per cent of GDP, a contribution amounting to $110 billion of economic value added.

The gains come as countries continue to benefit from improvements in productivity and efficiency, particularly due to the increase in mobile internet adoption. Some 3 million jobs were supported by the industry in 2017, and it contributed almost $14 billion to public sector funding in the form of taxation and sector-specific levies on the consumption of mobile services.

Other highlights include the mobile industry’s backing for the United Nations Sustainable Development Goals, and enabling a fast-growing tech startup ecosystem including companies using mobile to target socio-economic challenges.

Goodluck added: “The industry is delivering a Digital Africa, a connected region where mobile is positively impacting society, the economy and helping to meet the Sustainable Development Goals. The industry is committed to connecting everyone and everything to a better future – this truly is the digital age for Africa.”