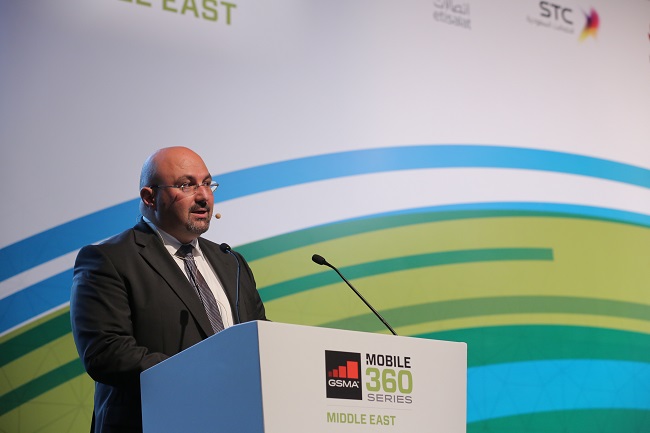 LIVE FROM GSMA MOBILE 360 MIDDLE EAST: Jawad Abbassi , head of MENA at GSMA, hailed mobile’s impact in addressing some of the more prominent challenges facing underdeveloped countries in Middle East and North Africa (MENA), as he talked up the growing potential for innovation in the region.

Abbassi, speaking at the opening keynote of GSMA’s Mobile 360 event in Dubai, opened up on some of the recent findings from the GSMA’s Mobile Economy report, which indicates a sharp rise in mobile broadband adoption and smartphone penetration through to 2020 across the region.

While hailing this impact as necessary to fuel new innovations and the internet of things, he noted that “mobile is not just connectivity, and is also “addressing a range of challenges”.

“Particularly in less advanced countries of the region, mobile is tackling issues such as unregistered populations, the digital divide, financial inclusion and disaster response,” he said.

Abbassi further highlighted the fact that more than 120 million people across the region lack of an official form of identification, and said mobile is “well placed to address the challenge of birth registration, given high penetration levels and geographic coverage, particularly in rural areas”.

With mobile money, he said there are now 20 live services in 10 markets, and the technology also has significant potential impact to improve financial inclusion, with 60 per cent of people in the region lacking access to formal financial services.

He said financial regulation will now be “key to unlocking the possibility of non-bank mobile money services expanding into underserved segments of the region”.

Mobile broadband surge
With mobile broadband accounting for more than 60 per cent of connections, and smartphone penetration set to hit 65 per cent in 2020, according to GSMA’s study, Abbassi further spoke of some of the opportunities he expects to emerge.

He believes the increased migration will lead to “significant growth of the digital economy and expansion of the mobile value chain in MENA”.

“Coupled with a growing proportion of educated young people and increasing entrepreneurial activity, more and more examples of innovation are emerging in the region with mobile as the enabling technology,” he added.