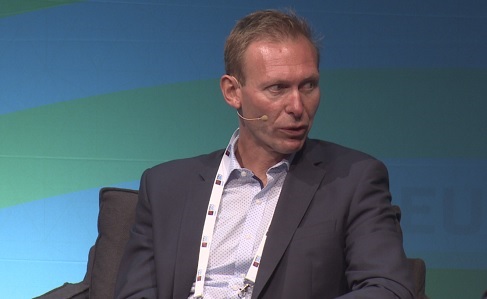 LIVE FROM GSMA MOBILE 360 EUROPE: The failure of the merger of Telenor and TeliaSonera’s operations in Denmark has been a “disaster for Danish consumers”, according to Sverre Holt Francati, SVP of group regulatory affairs at Telenor.

The proposed deal, which was dropped in 2015 in the belief that the European Commission was set to block it, would have seen the number of competitors in the market drop from four to three, and defined the tone which continued with the EC’s subsequent decision on the merger of 3 UK and O2 UK.

“We are not investing in Denmark at all, because it’s not possible to earn money there. So not being allowed to consolidate there is a disaster for the Danish consumer,” he said.

“To put it very bluntly, I think we don’t see why there should be more than three mobile network operators in any market. And I think one of the reasons for that is the capex to sales ratio, because we need to have the necessary scale. If not, you don’t succeed.”

Indeed, the executive said the ratio of capital expenditure to sales is one of the critical issues facing operators. While the cost of building high-speed broadband networks climbs, the revenue from services has plateaued. And increasing spectrum costs also have a role to play here.

“We see that five years ago, the amount of spectrum in terms of the total capex budget was maybe 20 per cent. Going forward with 5G, we expect that to be maybe 50 per cent. Of course we will invest more, but that still means higher spectrum prices and more spectrum to be acquired in general, which will leave relatively less money to network rollout and other types of investment,” the executive said.

“I think that’s a general industry trend that not only we are struggling with.”

Francati also said that with regard to revenue trends, the mobile industry has an issue with customer perceptions of the value of services.

“I think we are creating incredible value for society, but in Oslo a cup of coffee is more expensive if you buy it in Starbucks every day than the most expensive subscription you can buy. And I can understand that people really appreciate their coffee, but if that value is higher than we give our customers through subscriptions, that I think is at least open for discussion,” he said.

“How we actually got into that situation, and how can we develop that in the 5G environment, is very, very important.”