Mozilla and Tigo zone in on zero-rating - Mobile World Live

Mozilla and Tigo zone in on zero-rating - Mobile World Live

Mozilla and Tigo zone in on zero-rating 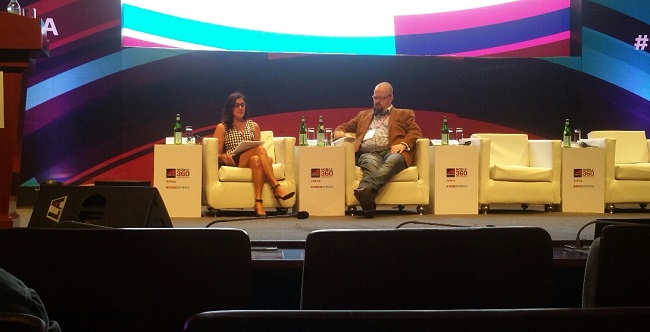 LIVE FROM GSMA MOBILE 360 AFRICA, TANZANIA: The thorny issue of zero-rating services was a dominant theme at this morning’s keynote session, with Mozilla revealing it is conducting a programme across Africa, Asia and Latin America in an attempt to review its effects, while Wikipedia and local operator Tigo Tanzania had positive things to say on the matter.

Zero-rating refers to a variety of practices that broadband companies use to exempt certain internet content and services from data caps. Key examples include Facebook’s Free Basics, Wikipedia Zero and Google Free Zone, while AT&T’s ‘Sponsored Data’ initiative and T-Mobile’s ‘Binge On’ plan have blazed a trail in the US.

“We are looking at a global programme, three markets in Africa, two in Asia, one in Latin America,” commented Nisha Malhan (pictured above, left), Senior Manager – Policy, Mozilla Foundation. “How do they use the internet when the data is subsidised or not subsidised. What are their motivations, behaviours and incentives? Do they actually move from subsidised plans to limited plans?”

She continued: “We need to get to the core of why and what, so we can help policy makers form the correct pricing models. We are all operating on a basis of assumption.”

Malhan noted that Mozilla has “no assumptions around what the results will be,” with the company instead “trying to set the agenda and get the dialogue going.”

One objective of the research is to evaluate how the industry can successfully move from a subsidised model to non-subsidised, a point echoed by the CEO of Tigo Tanzania.

Meanwhile Jack Rabah, head of MEA strategic partnerships at Wikimedia Foundation, talked up Wikipedia’s place in this market. “Wikipedia Zero is about expanding free access to knowledge, not supplying access to the internet for the first time. It was designed to address data affordability. We now have the service in 57 countries across 75 operators.”

“Zero-rating is about accessibility due to cost as a barrier. By waiving costs you are allowing access to free knowledge.”