Mobile industry urged to be more involved in internet governance 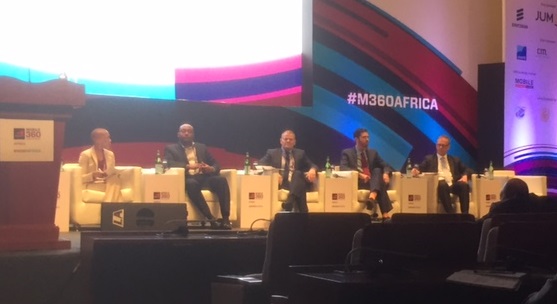 LIVE FROM GSMA MOBILE 360 AFRICA, TANZANIA: US-based Internet Society (ISOC) believes the mobile industry isn’t as involved in policy making as it should be, especially in light of the fact innovation around the internet has taken place largely around mobile.

Alice Munyua (pictured left), who is on ISOC’s board of trustees, called for the industry to “take the development protocol and technical standards quite seriously because what effects the internet does affect the mobile economy”.

She said ISOC wants to see the mobile industry involved in internet governance, which deals with the processes that impact how the internet is managed, and in particular the Internet Engineering Task Force, which develops and promotes voluntary internet standards.

ISOC also has concerns about government surveillance, data breaches and mass hacking, all issues it believes impact mobile, and trumpeted the need for collaboration of all stakeholders to address these challenges, one way being focusing on encryption.

She also said the nature of services delivered via mobile keeps changing dramatically and operators need to adjust through service innovation, especially when it comes to the Internet of Things.

Reiterating a common issue at the event, she said lack of local relevant content and app stores limits usefulness of smartphones and their adoption.

She was speaking at the ‘Developing ecosystems for future digital services’ session, where Ari Zlotoff (pictured second from right) of Off Grid Electric said people in Africa want to be connected to the world, be it via radio, TV or internet, and it’s all about who gets there first.

Going off grid
Pierre Guislain, (pictured, right) senior director at The World Bank, said he is a big believer in decentralised solutions such as Off Grid, because while the grid needs to expand, it can’t do so fast enough to meet demand, which is growing thanks to the popularity of smartphones.

Menawhile, Christopher Richardson (pictured, centre) of ONEm said the focus should not be on smartphones but feature phones, which do not need to be charged as frequently, are cheaper and only need 2G.

He believes they should be used to provide services that are “internet like”. For instance, making Wikipedia accessible via text.

ONEm helps operators provide group chat, podcasts and other services on feature phones, and has a presence in Africa because that is where “the need is greater than anywhere else”.