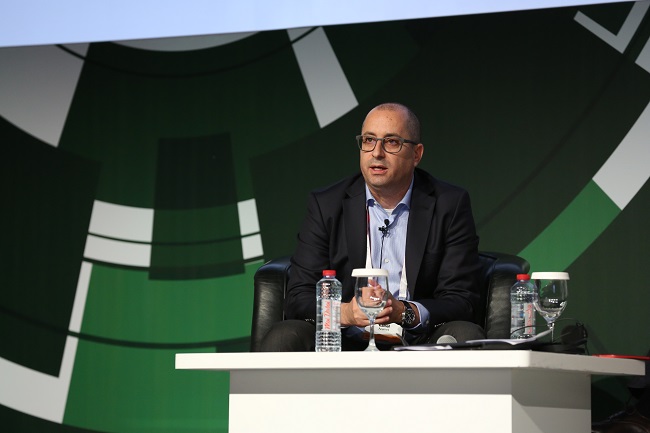 LIVE FROM GSMA MOBILE 360 MIDDLE EAST: UAE-based courier firm Aramex is turning to mobile technology in an effort to cut costs and reduce the $500 million volume of cash its employees carry each year.

The company, headquartered in Dubai but operating in around 60 countries, generates 30 per cent of its revenue from the business-to-consumer (B2C) market and sees this sector as a major growth opportunity.

“80 per cent of commerce in the region is cash on delivery. So we carry around half a billion of dollars every year in cash,” explained COO Iyad Kamal. “The mobile opportunity is affecting us tremendously.”

Kamal outlined how the company has developed, with the help of a third-party, a mobile app used by its couriers. Before the app was available, its couriers used a scanner worth $1500 when delivering goods and services. “It’s more than halved the cost to us now,” remarked Kamal on the benefits the courier app has brought.

And mobile technology is also enabling Aramex to overcome the cyclical nature of the B2C business model.

“B2C is full of peaks – Xmas, Valentines Day etc,” noted Kamal. “I can’t have couriers standing and waiting for peaks to happen. It makes scalability an issue. This is where mobile helps us. We won’t tap into fixed employees on our payroll. If I know I’m going to have a 40 per cent spike in a period we can then go out to the community, offer basic training and anyone can become a basic courier to pick up services.”

Kamal calls this “the Uberisation of things.”

After the success of the courier app, the executive revealed the company will launch a consumer app within the next two months. “There can be one-to-one communication between the courier and the consumer,” he said, adding that it can help remove the need for expensive call centres. “That’s how effective mobile tech is.”

“We need to keep reducing the cost of delivering the package. Trying to reduce the last mile delivery cost will enable us to be much more effective to the ecommerce community.”