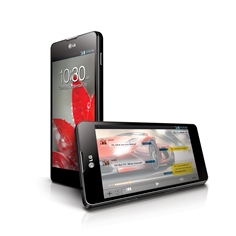 Recovering device maker LG Electronics announced a solid quarter for its Mobile Communications business, returning to profit after seeing a loss in Q2. The company noted a 9 percent increase in device shipments quarter-on-quarter, to stand at 14 million units.

The company citied “healthy sales of LTE smartphones in Korea, Japan and the US”, while its Optimus L series “continued to expand into 3G markets, contributing to the sales increase”.

Looking forward, it said it expects to further increase its shipments and revenue in the fourth quarter, with the global launch of the Optimus G “superphone” (pictured) and sales of the Optimus Vu:2 in Korea.

For the third quarter, it reported an operating profit from the Mobile Communications business of KRW22 billion (US$19.42 million), compared with a prior-year loss of KRW139 billion, on revenue of KRW2.45 trillion, down 11 percent year-on-year from KRW2.76 trillion. Of this, KRW21 billion of profit and KRW2.42 trillion of sales were attributed to handsets.

It noted that “in spite of increased expenses for marketing and R&D, [Mobile Communications] turned profitable as a result of improved product mix and cost structure”. It also acknowledged a continued decline in featurephone sales.

The company has reported mobile operating profit in two out of the three quarters so far this year, and a profit in the last quarter of 2011. Prior to this, it had seen a prolonged period of losses.

On a group level, the company reported its third consecutive quarter of net profit, with operating profit in all four of its units (Mobile Communications, Home Entertainment, Home Appliance and Air Conditioning & Energy Solution).

It saw a net income of KRW157 billion, compared with a loss of KRW414 million year-on-year, on revenue of KRW12.38 trillion, down 4 percent year-on-year from KRW12.90 trillion.