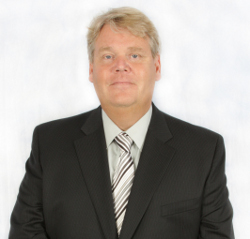 Sony Ericsson became the latest handset vendor to announce a poor performance for the fourth quarter of 2011, which Bert Nordberg, its president and CEO, attributed to “intense competition, unfavourable macroeconomic conditions and the effects of a natural disaster in Thailand.”

For the quarter, the company reported a net loss of EUR207 million, compared with a prior-year profit of EUR8 million, on revenue of EUR1.29 billion, down from EUR1.53 billion. It shipped 9 million handsets, a 20 percent year-on-year decrease.

The company said falling sales were the result of shrinkage in its feature phone business, which was only partially offset by an increase in smartphone sales. Indeed, in smartphones the company estimates it accounts for 10 percent of the Android device market by volume but only 7 percent by value, indicating it is struggling to position itself as a premium smartphone maker – it also noted that the absence of new products in Q4 impacted average selling prices.

Sony Ericsson’s Xperia smartphones accounted for around 80 percent of its total sales in the fourth quarter.

The vendor launched a restructuring programme in December 2011, which includes workforce cuts, in order to “reduce costs and drive competitiveness.” Charges associated with this were EUR93 million for the quarter.

Sony Ericsson follows Motorola and HTC in detailing tough times during the normally lucrative end of year period, which also includes the peak Christmas holiday sales period. Of the major vendors, only Samsung is optimistic, although this company also provides few details of its handset business.

Sony’s planned acquisition of Ericsson’s stake in the venture is due to be completed imminently, subject to closing conditions which include regulatory approvals.