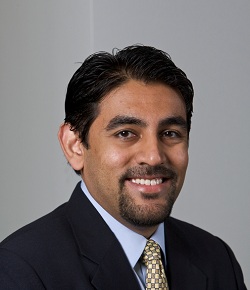 Samsung was reported to be parting company with Omar Khan, chief product and technology officer of its Mobile unit, who is leaving to head the global mobile initiatives of finance house Citigroup. According to The Droid Guy, Khan “spearheaded Samsung’s efforts in the Android space,” including the launch of its successful Galaxy S smartphone and its successor, the Galaxy S II.

He took on his role in February 2011, having previously been chief strategy officer and SVP of products and services for the South Korean handset giant. Khan joined Samsung in April 2008 from Motorola, where he had held a number of roles.

MobileBeat reports that in a statement, Samsung had said that “Omar is not leaving to join a competitor to Samsung, and we anticipate having a continued relationship with him once he settles into his new role.” While there does not appear to have been a direct replacement appointed, many of Kahn’s responsibilities will shift to Tim Rowden, VP for product development at Samsung Mobile.

Citigroup has said that Kahn is taking on a new role, intended to help it deliver new m-commerce products and services. Khan leaves as Samsung is set to land the number one spot for smartphones globally. However, the company is also involved in a number of legal actions with Apple, which has accused Samsung of “slavishly” copying its product design.

Previous ArticleWhy do we need evidence to get our products funded?
Next ArticleVodacom plays down prospect of more South African competition