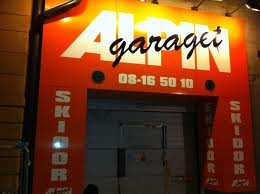 Despite its previously expressed scepticism about the use of NFC in the retail market, PayPal has today (December 19) launched a trial of the short-range wireless technology with two Swedish stores.  The payments giant will be testing a service over the Christmas period called PayPal Instore that uses a smartphone app with an NFC sticker attached to the user’s handset for mobile payments, rather than NFC-enabled handsets.  PayPal is working with two retailers in Stockhom; Alpingaraget (pictured) which sells ski gear, and Webhallen, an electronics store.

Earlier this year the chief executive of PayPal’s parent eBay John Donahoe famously remarked that a retailer had told him that NFC stood for “not for commerce”. However eBay (and PayPal) see partnering with retailers as a key part of their mobile strategy. But there have been signs of PayPal has softened its stance recently for instance using NFC in a New York showcase for retailers. Despite its previous scepticism about the use of NFC for retail payments, PayPal has always been positive about using the technology for P2P transactions.

In addition to the two retailers, PayPal is partnering with two Swedish technology vendors for its Stockholm trial. One is Accumulate which offers security gear for mobile payments systems and the other is Point, a point-of-sale (POS) terminals provider recently acquired by US giant Verifone.