Operators heeding the call from new wave of utility players 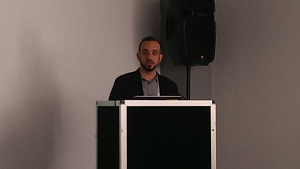 In his own area, Winiecki (pictured) said there are “at least” 30 companies offering some form of pay-as-you-go solar product that includes digital payments.

However, despite their relative popularity, there is still a need to better spread the word among mobile operators about such schemes, he said.

The demographic chased by such companies are poorer users who are either off-grid in rural areas or receiving an unreliable service in urban areas.

Such schemes are particularly popular in East Africa, partly because energy services are under penetrated, but also due to the relative popularity of mobile money in the region, he said (M-Pesa in Kenya is the most obvious example but Tanzania too has a vibrant mobile money sector).

Mobile money is the mechanism that enables start-up energy players to collect payment from users outside the conventional banking system.

Winiecki characterised such a set-up as “digital-finance-plus”.

But that’s not all, he said: “There seems to be a need to build more awareness of digital-finance-plus opportunities among mobile operators. We see for example some of the pay-as-you-go solar providers becoming major drivers of mobile wallet usage in multiple markets and we expect to see this growing quickly as these providers scale and expand into other markets.”

Later in a Q&A, Helena Smertnik, a market intelligence analyst with GSMA Mobile for Development, said operators have a chance to move beyond merely providing access with such services. If so, they have a chance to improve customer loyalty and reduce customer churn, she added.