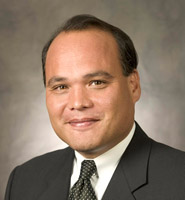 Nokia Siemens Networks (NSN) is to sell its fixed line broadband access business to networking vendor Adtran as it continues to exit from a number of business areas in an effort to shift its focus to the mobile broadband and services market.

Adtran will acquire the intellectual property, technology and customer base of the broadband access business as well as the associated professional services and network management solutions. Up to 400 NSN employees, including engineering, R&D, sales and professional services staff, are expected to move to Adtran when the deal closes. The deal has provisions for Adtran technology to be incorporated into NSN products, increasing the former’s business opportunities.

The planned transaction is expected to close by the end of April 2012, subject to a consultation period and customary closing conditions. No financial figure for the deal was disclosed.

“This strategic acquisition would position Adtran in key markets with an established customer base; complementary market-focused products; along with engineering, R&D, sales and professional services resources that will enable Adtran to take a significant step forward as one of the world’s leading communications solutions providers,” Adtran CEO Tom Stanton (pictured) said in a statement.

“We believe that this planned divestment would provide our existing fixed broadband access customers with a continuous high-quality service from a company focused on their needs,” added NSN's head of mobile broadband, Marc Rouanne.

NSN announced plans in November to cut 17,000 jobs globally – or 23 percent of its workforce – in an effort to boost profitability and cash generation. A subsequent leaked memo said the company was considering an exit from a number of businesses as part of the restructure. A deal for US-based NewNet Communication Technologies to acquire NSN’s WiMAX business quickly followed, while the company had previously announced plans to sell its microwave transport business to high-capacity microwave technology company DragonWave.