Nokia: 5G race starts fast but prepare for a marathon 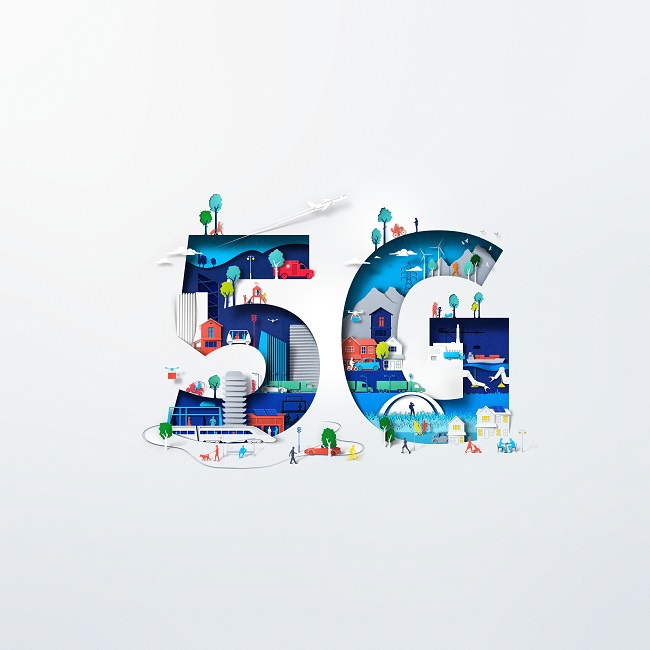 Mobile World Live (MWL): How do you see the progress of 5G?
Mike Murphy (MM): Let’s look at the pace first. For 4G, there were 28 months

between the first and last launches of the top four service providers in the US. The interval for 5G was two months. Looking on a broader scale, the interval between the first and last 4G launches in Korea, Japan, China, and the US was 36 months. The difference for 5G is looking like it will be six months. So, the pace of 5G is significantly more accelerated than 4G. There is little doubt that a race exists both between operators within a country and between countries. However, it is not contentious in nature. The belief is that 5G has more long-term potential than previous “G”’s, so being first matters, even though we all acknowledge it will be a marathon.

MWL: What are the risks of not deploying 5G fast enough?
MM: Certainly, there is a potential opportunity to lose out by not capturing a wave of subscribers looking for 5G capabilities and the new revenue opportunities that come with them. This is true for any technology upgrade, but it is perhaps slightly more so in this case because 5G is more challenging to deploy. With higher frequencies, combining LTE and 5G together, and NSA and SA cores, it is a complex undertaking. Starting the 5G upgrade sooner rather than later, even if on a small scale, is probably good.

There is also a more subtle, hidden reason why it’s prudent to deploy 5G now. LTE is running out of gas in many places. Even with massive MIMO, LAA and some moderate densification, we forecast that dense urban locations will not be able to handle the growth in capacity with LTE alone. And for some markets, the forecast is that issues will happen starting about 2021. The only solution is to introduce more spectrum which, practically speaking, means 5G. We’ve had a lot of debates on this topic and the primary counter-argument has been that growth will not continue at the same pace it has to date. However, early signs from Korea indicate that 5G users are consuming 2.6 times more data than their 4G counterparts. Likewise, Sprint saw 5 times more data consumption. It is difficult to know if those types of numbers will be a more general pattern but there is no evidence that growth will slow down. If data consumption continues to accelerate, LTE will not be able to handle it for very long.

MWL: What are the biggest challenges in deployment and adoption now?
MM: For the higher bands, particularly mmWave, the main issue, as expected, is the ability to acquire large numbers of suitable sites and get the coverage people expect. As we forecasted, site acquisition is behind schedule for mmWave because of fairly stringent line of site requirements and lower propagation and penetration in comparison to LTE. This means deployments in these bands will take time, but there are no showstoppers. For midband deployments, this issue is not as significant due to the ability to reuse sites for the most part. For FDD bands, complete reuse is of course possible. Deployment is therefore more challenging or not depending on the band.

The next big challenge is device availability. Not all manufacturers have supplied devices. For those that have, the price points are quite high. This limits uptake – in some cases, significantly – and uptake is needed to help service provider business cases and inspire entrepreneurs to become more enthusiastic about creating new services. That being said, by end of 2020 we would expect that most device suppliers will have launched 5G products and also that multiple price points will be available.

MWL: The killer question. What’s the killer app?
MM: We didn’t guess right for 3G or 4G, and we are unlikely to guess right for 5G. But we always have to guess, don’t we? Clearly, the big differentiators for 5G are speed, capacity and latency. We would naturally think that things that require these capabilities will be the new killer apps.

The challenge for service providers is that these things don’t come for free. Network design changes are likely required for some and certainly pricing as well. Let’s look at the easiest example: cloud gaming. Cloud gaming requires consistent speed and latency and uses a significant amount of capacity (GB/month). These demands won’t be met by accident. Consistent speed and latency likely require some network design changes, such as edge clouds, and the capacity demand for games is far beyond typical use, implying a pricing change.

This is different than for 4G, where we built a somewhat homogenous network with similar capabilities across wide geographies. For 5G, this is not as likely, and so the question is about where to build these unique capabilities, such as latency. Across a city? Tactically, on a per site basis? I think this is one challenge our customers are or will be facing.

MWL: Are there any downsides to 5G?
MM: There is a question about digital divide. 5G brings risk and opportunity in this regard. The risk comes from the use of high frequencies which don’t bode well when trying to cover large geographies, like rural areas.   differences in 5G are greater than those in 4G in terms of capabilities.

Will those 10 Gbps mmWave speeds only exist in dense urban corridors? That’s certainly possible. In that case, the digital divide will increase. However, it is also possible that 5G will help with the digital divide. For places where digging a trench for a wireline connection is difficult or a poor-quality one exists, 5G brings the potential for that connection to be serviced well wirelessly.

For this reason, it is imperative that key stakeholders work together to ensure the digital divide is bridged.

MWL: What’s the best thing about 5G?
MM: It’s delivering as expected, and it’s really good. You see reports of throughput up to 2 Gb/s today with promises of 7 Gb/s next year. That’s phenomenal, and it’s better than wireline. And latencies are as low as expected as well. After years of theory and simulations, we now see that we were right. This is an incredible technology with incredible potential. We said that about 3G and 4G, but it’s truly different with 5G, and on a scale we have never seen before.