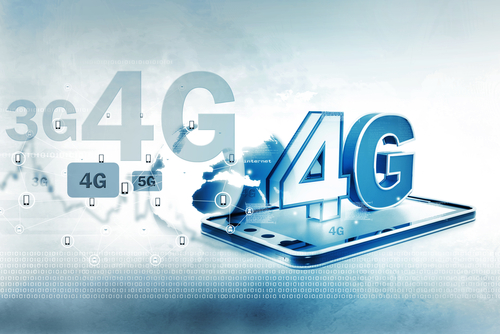 PARTNER FEATURE: Mobile broadband (MBB) has made significant contributions to economic growth and competitiveness in the countries where it has been deployed, and increasingly is seen by policymakers as a means to drive economic growth as the scope and scale of digital services expands.

The digital economy reaches nearly every aspect of our lives and has fundamentally changed the way organisations across the world deliver services. And governments are moving to introduce all types of online services, often covering healthcare and education, to better engage with citizens, add convenience and reduce costs.

Online services already account for more than 20 per cent of global economic activity according to some estimates.

The foundation of online economic activity is LTE technology in its many forms. LTE networks support nearly a third of all global mobile connections, with 68 per cent of the world’s 929 mobile operators running 4G networks. As consumers and businesses spend more time online, mobile data traffic is forecast to rise 42 per cent annually between 2016 and 2022, with much of that growth from video.

Economic impact
Based on cases studies around the world, many governments have identified LTE as a national economic enabler and have taken steps to encourage network rollouts, including lowering import duties on network gear, cutting taxes on mobile services and opening access to vital spectrum in the relevant spectrum bands.

Research has found that a 10 per cent increase in MBB penetration can lead to a 0.6 per cent to 2.8 per cent rise in a country’s GDP. Deloitte estimated that operators in the US invested at least $25 billion to $35 billion in 4G networks in 2012 to 2016, with those investments adding up to $151 billion to GDP growth and as many as 770,000 new jobs.

Although the mobile internet has become a fundamental utility in most people’s lives in developed countries, there are still 3 billion people without internet access and 800 million households without broadband service, mainly in emerging markets.

Huawei, a leading telecoms equipment and smart device maker based in Shenzhen, China, recently started to highlight the range of LTE capabilities as well as the vast potential upside for the network technology to not only drive revenue growth for mobile operators but also to fuel additional economic growth.

The company argues LTE should be redefined as the fundamental network for all connected businesses, which some have referred to as LTE4ALL, with the capability to enable all types of services, including voice, data, video, fixed-wireless as well as new IoT applications.

LTE encompasses a range of standards and business scenarios across vertical markets. The radio technology has not stood still over the past decade, with numerous enhancements introduced over the years, including LTE TDD, VoLTE, LTE-Advanced, LTE-Advanced Pro, LTE-M (LTE Cat-M1) and LTE Broadcast.

An important reason behind that growth has been rising data downlink speeds, with the global 4G average hitting 16.2Mb/s in 2017.

China, the world’s largest mobile market by a big margin, has been a key driver of that tremendous growth. The country’s 1 billion LTE connections at end-2017 accounted for 40 per cent of the global total. The big three mobile operators added 245 million LTE connections last year. China Mobile, the largest mobile operator in the world, alone added 115 million 4G accounts, taking its total to 649.5 million and giving it LTE penetration of 73 per cent.

A total of 636 mobile operators deployed 4G networks by Q3 2017, GSMAi reported. In Europe 149 operators run 4G networks, while in Asia 116 companies have deployed the technology.

Although the mobile industry’s attention seems to be fixated on the next-generation mobile technology, with 5G rollouts planned as early as 2019, it’s easy to forget 4G accounts for just 30 per cent of worldwide connections. And there are more people using 2G networks than 4G or 3G infrastructure. According to GSMAi, 41 per cent of global connections run on 2G networks and 29 per cent on 3G networks.

North America has the highest percentage of users on 4G connections (68 per cent), followed by Europe (40 per cent), Asia Pacific (36 per cent) and Latin America (23 per cent).

In less developed regions, 4G penetration is much lower – just 4 per cent in Sub-Saharan Africa and 9 per cent in the Middle East and North Africa. The majority of mobile users in these two regions are still on 2G systems (62 per cent and 48 per cent respectively). Surprisingly, about 60 per cent of operators in these geographic areas have launched LTE networks, but uptake of the high-speed service has lagged expectations.

Potential growth
The good news is that, in many countries, 4G coverage already equals or exceeds the reach of 3G. An estimated 72 per cent of the world’s population could access an LTE network in Q3 2017, up from 64 per cent a year before, while 85 per cent of people can connect to a 3G network.

The percentage of people with an MBB connection roughly equals the number of mobile subscribers with smartphones – 59 per cent and 56 per cent respectively. Of course, those percentages vary greatly by country and region.

The figures clearly show the huge potential for growth in LTE adoption, which is growing 44 per cent annually compared with zero or negative growth for 3G and 2G connections.

And that is looking at only subscriber growth, which has tapered off over the past few years as mobile penetration approaches saturation in many markets. The rapid uptake of IoT services will be a key driver for LTE in the future. Global M2M cellular connections are expected to increase from 589 million in Q4 2017 to 723 million by end-2018 and 850 million by end-2019, according to GSMAi.

Mobile operators around the world are increasingly backing 3GPP-licensed technologies NB-IoT and LTE-M as the best long-term investments for low power IoT services. By October 2017, 21 commercial networks using the 3GPP-standardised cellular technologies had been launched by 14 operators including AT&T, China Mobile, Deutsche Telekom, Telstra, Verizon and Vodafone. The industry is on track to reach a GSMA goal of 35 standardised LPWA IoT networks – covering LTE-M and NB-IoT deployments – by end-February.

Same ecosystem
With LTE forecast to support two-thirds of global mobile connections in 2025, the technology will be as relevant then as it is today and will need to co-exist with 5G far into the future.

Huawei’s push to redefine LTE as the fundamental network for all connected businesses is an effort to prepare for the pending launch of 5G networks by drawing attention to the wide gap between the available sub-6GHz spectrum and frequencies required by 2020 for 5G deployments, said Veni Shone, president of Huawei LTE Product Line.

He said LTE also will act as the fallback network of choice until 5G networks become ubiquitous, handling services like VoLTE until voice over New Radio (NR) is fully mature.

In December 2017, the 3GPP’s highly anticipated 5G NR specifications for non-standalone (NSA) operation were issued, covering fixed and mobile applications. Industry leaders hailed the release of the first formal 5G standard as a milestone which sets the stage for the global mobile industry to begin full-scale deployment of the next-generation technology.

With the first 5G networks less than a year away, the concept of one network for all services appears to be within reach as key stakeholders realise the MBB infrastructure is the one platform that influences all economic sectors.

The concept of LTE as a fundamental all-services network is an effort to ensure the industry stays focused on that goal, maximising the reach of MBB and the economic potential created by high-speed access.

Paving the path for a better-connected world