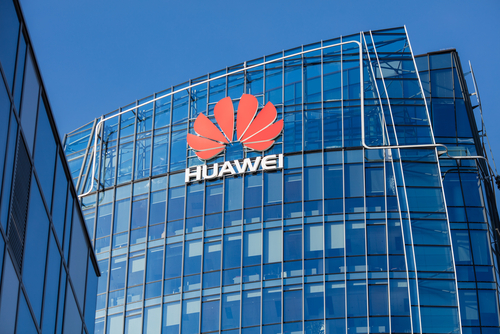 PARTNER INTERVIEW: Mobile World Live spoke to Veni Shone, president of Huawei’s TDD product line (incorporating LTE TDD, TD-SCDMA and WiMAX technologies), to learn of the benefits of ‘User Centric Network’ (UCN) technology. While the entire industry has made good progress with UCN, Shone (pictured, below) described how Huawei has taken the lead in this market.

MWL: 4G mobile networks have been widely deployed around the globe and 4.5G is also being deployed by many leading operators. What do you think are the main drivers to upgrade from 3G and 4G to 4.5G? What is the trend of future network evolution? 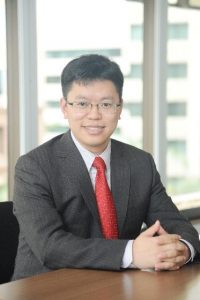 Veni Shone: Before we talk about some specific technology, I suggest we first look at operator business strategies. According to recent news, AT&T has just proposed an $85.4 billion acquisition of Time Warner. There is also other close cooperation between wireless operators and content providers, such as Vodafone and Netflix, and Telia and HBO. With the fascinating media from content providers, operators can better provide full package services to customers – not only voice and data, but also differentiated content. However, this new content, especially the video content, will create new challenges to the network for speed as well as capacity. And how to provide this user differentiated content to different mobile and fixed terminals anywhere and anytime will be another great challenge.

From the technology perspective, the biggest improvement from 3G to 4G and 4.5G is the greatly increased single-base station capacity and single-user data rate. With the improvements from single carrier to multiple carriers, from single antenna to 2, 4, 8, 64, and even 128 antennas for base stations, from 2×2 MIMO and 4×4 MIMO for terminals, the peak rate has increased rapidly from several Mb/s to dozens of Mb/s, to hundreds of Mb/s, and now, Gb/s.

However, the user experience may vary greatly from cell centre to cell edge, from hotspots to non-hotspots, from busy hour to normal hour. Recently unplanned events like Pokemon Go led to the addition of new temporary hotspots, making such situations even more challenging. It is not enough to simply improve the capability of a single base station to guarantee the consistent user experience.

We believe that network development requires a new way of thinking. Based on a user-centric philosophy, we may coordinate network nodes, frequencies, and bands, and uniformly arrange network resources and capabilities to provide optimal user experience. Usually we call this UCN – User Centric Network.

MWL: What are the benefits of UCN for end users?
Veni Shone: UCN focuses on users and provides many benefits to end users:

Enables multiple cells to receive signals from terminals in a coordinated fashion, reducing requirements for transmit power of terminals and prolongs their standby time.

MWL: What technologies are involved in User Centric Network (UCN)? Does UCN belong to 4.5G or 5G?
Veni Shone: UCN is a concept of user-centric network construction. In traditional network construction, base stations were centred, and users were served by a certain base station. As users may be located in different places, there is no way to ensure stable and reliable performance for users. Interference between adjacent base stations also reduces the resource efficiency of the entire network. With the new concept of UCN, resources are coordinated, combined, and optimised in allocation, based on a user-centric philosophy so that the user experience will be enhanced.

User-centric network architecture: To be user-centric, the different nodes of the network shall be worked in a coordinated fashion. And this will require a CloudRAN-based network architecture so the nodes can communicate with each other. In this architecture, real-time and non-real-time baseband resources can be flexibly deployed for different transmission conditions and user service requirements.

User-centric resource coordination and allocation: Base station coordination and convergence gradually eliminate boundaries between traditional cells to provide a ubiquitous, consistent user experience. Multiple-antenna, multi-frequency, and multi-band network resources are integrated to achieve optimised resource allocation within each base station, and between base stations.

User-centric service policy and distribution: In the traditional way, operators can just sell simple data packages to customers. Some leading operators are considering more advanced packages related with specific applications such as Twitter, WhatsApp or Pokemon Go to attract subscribers. However, UCN brings operators new opportunities of DIY packages, which could be customised for different services like data or video or gaming, or for different terminals like smartphones, CPEs or IoT terminals. These differences will place diversified requirements on the network, only an elastic user-centric network may accomplish such requirements.

User-centric network planning and optimisation: UCN changes interference to increase capacity, simplifies network planning, and enables the network to proactively sense users and to optimise associated performance parameters such as those related to handover and carrier aggregation (CA).

UCN is a network construction concept beyond the definition of wireless technology generations. UCN can be implemented phase by phase in 4.5G as well as in 5G.

MWL: What are the conditions for deploying UCN on a large scale? Does UCN place special requirements on terminals? Will UCN increase operators’ cost? What are the benefits of UCN for operators?
Veni Shone: UCN is a future-oriented network construction philosophy. It consists of multiple technologies that require inter-eNodeB and inter-RAT coordination. CloudRAN architecture is required to put this philosophy and many technologies into practice.

For operators, the overall costs for deploying UCN will actually be reduced.
(1) BBUs are centrally deployed, reducing energy consumption of BBUs, and reducing the costs of maintaining or upgrading BBUs.
(2) UCN technologies such as Distributed MIMO converts neighbour site interference signals into useful signals, creating a more resilient network against improper network planning and optimisation. Thus the network planning and optimisation costs will be significantly reduced especially for the super dense deployment scenarios. Not to mention that UCN delivers even more capacity with the same amount of spectrum.
(3) UCN can sense users and automatically coordinate its nodes and resources to the users. Such resilient mechanism better serves traffic uneven in geography and time. It can also provide self-healing in case of single node break down. Thus the cost of operation and maintenance is also reduced.

UCN has no special requirements for terminals. One of the design goals of the 4.5G solution is compatibility with existing terminals on live networks. For example, distributed MIMO is based on the DL-UL channel reciprocity of TDD. The base station processing is transparent to terminals and compatible with all existing TDD terminals.

MWL: We know Huawei has proposed the concept of CloudRAN. What is the relationship between UCN and CloudRAN?
Veni Shone: UCN is a future-oriented network construction philosophy. It consists of multiple technologies requiring inter-eNodeB and inter-RAT collaboration. CloudRAN is a network architecture platform to implement this philosophy and many different technologies.

MWL: What has recent UCN research been focused on?
Veni Shone: The number of base stations deployed on 4G networks has reached several millions. The recent research on UCN focuses on how to apply the cutting-edge UCN concept to these base stations early. We are pleased to see that CloudRAN-based technological innovation such as Distributed MIMO ideally controls inter-site interference and enables extremely dense deployment of sites, without the need to upgrade terminals on live networks. For example, in the recent trials we have enabled the inter-distance of macro sites to 10m to 50m for the super dense deployment scenarios.

MWL: What sort of progress or breakthrough has Huawei made with UCN? As far as you know, which operators have started UCN-specific network research and deployment?
Veni Shone: Huawei has been actively involved in UCN research and practice with top industry operators.

In 2014, Huawei provided large-scale commercial deployment of CloudBB and SFN in core urban areas such as Tokyo, Nagoya, and Osaka, which is a CloudRAN-based UCN technology put into practice in the initial phase.

In 2015, Huawei proposed the Distributed MIMO technology for the first time during the 4.5G (TDD+) release.

In 2016, Huawei first officially proposed the CloudRAN and a series of network enhancement solutions that can be implemented on 4G to 5G networks.