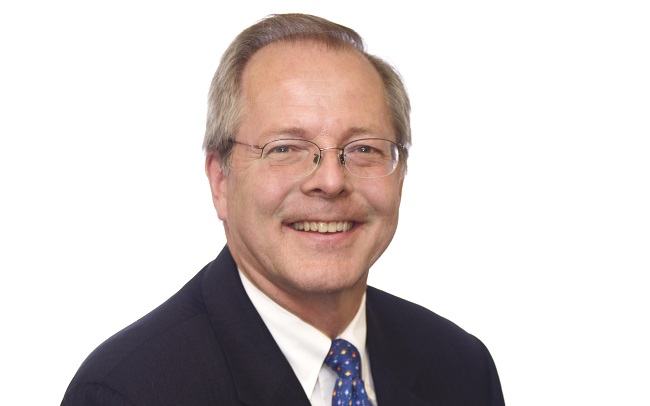 Key elements of the move include providing details of the company’s approach to fair, reasonable and non-discriminatory (FRAND) terms; information on its approach to valuing SEPs; guidelines for arbitration; and simple access to information on the costs of licensing SEPs for 3G, 4G and 5G devices.

MWL: Why is transparency important?
BM: I think first and foremost, transparency in licensing is the natural counterpart to the transparency we see in standards development. We’ve been involved in standards since, frankly, the very start of cellular standards in our industry and the collaboration you see in standards research is an inspiration. Standards development often requires years of competitive, expensive research to produce a common set of specifications that enable businesses to release new products to markets worldwide and eliminate barriers to entry for new players. But the forum for that research is open to any company, and in full view of the entire industry. With greater transparency in licensing, we feel we’ve achieved a great counterpart to that.

As a publicly traded company that has traditionally relied on standards licensing as our primary source of revenue, InterDigital has always provided more transparency on our licensing business than many companies in our industry. For us, transparency is not simply a commitment we have made to our peers, rather transparency is linked to the licensing of global technology standards that drive the mobile industry.

Why has InterDigital made this move around its cellular SEPs?
People are quick to discuss SEPs, but I want to underline that the standards-based technology is the star here: the patents wouldn’t exist without it. That is often lost. Product innovation improves a single product, for the benefit of those who can afford the best product. Standards-based technology improves every device and service, for the benefit of everyone using everything from the most modest device to the most expensive. So we can’t discuss SEPs without remembering why they’re there: because the research is great and impactful and it’s been accepted into the standards by experts.

And I do want to emphasise, for us this isn’t entirely new, this is just a next step: people have been able to look at our financial reporting and draw conclusions about our rates for years, even though they did not necessarily have the benefit of all the information related to the respective licence. This move enables us to present to the public data that is typically only offered in the context of licensing discussions – our rates, and the research heritage and patent portfolio that underpin them. We did this, in part, to contribute our point of view on these issues, openly and transparently.

We were also motivated to launch this initiative to push back on the critics of licensing who often seize upon the supposed lack of transparency of licensors to accuse the industry of unfair practices, inflated prices or other improper behaviour. The reality is that licensing, like any business negotiation and agreement, involves some measure of confidentiality, for the benefit of both parties. But we feel that our licensing program provides great value in relation to our standards position, and we’re happy to make that clear on a broader basis.

Is it an approach you will encourage other technology companies to follow?
Other companies are free to do what they’d like, but we think it’s the right way forward or we wouldn’t be doing it. As the cellular industry has grown, so too has the scope of the conflicts around licensing, and more than a decade of polarised debates, extreme posturing and conflicting court rulings have worked against our industry’s progress. While research and mobile standards have become more globalised and unified, patent licensing has become increasingly divided. We believe in a pragmatic and open approach to FRAND licensing that will help balance the rights and obligations of SEP holders with those of standards implementers and support the robust development of standards that fuel innovation in our industry.

What are the biggest challenges around SEPs today and is there room to improve the process moving forward?
The biggest challenge is frankly extreme positions on either side. On one side we see some people argue for a very aggressive set of rights and very aggressive rates, and on the other side we see a counterargument that massively undervalues the research – from which they benefit – and aggressively resists taking a licence. Both sides find nuanced legal arguments to support their positions, but the real argument is rarely about legal issues, the correct level of the value chain to licence, or the validity of this or that patent: it’s about price.

The industry is no stranger to challenges and debates around licensing. Licensors on one side argue that new mobile standards are impossible without their technical contribution, while licensees on the other side may argue that the same innovation is worth no more than a fraction of the price of an inexpensively manufactured chip. In some instances, the same company can argue both sides, depending on the technology.

As we’ve said in other forums, at InterDigital we think licensors should licence fairly. We think implementers should willingly take fair licences. We also understand that parties, in good faith, can disagree on issues and in those cases we think the solution is simple: refer the matter to arbitration or alternate dispute resolution. We strongly believe the arbitration process is ideally suited to look at the totality of information related to the licensor’s portfolio and its licensing history, as well as all the information related to a licensee’s business, and determine fair rates. Arbitration and alternate dispute resolution also have one tremendous advantage: it brings discussions to a close and leaves the parties with a fair licence instead of protracted discussion

How is 5G impacting creation of mobile and video technology and how do you see this developing in the next five years?
It’s a fantastic opportunity for us, as any technical problem is for a research organisation. The line between the access to technology and the content being accessed is definitely blurring, and the question of which is driving which is an open one. Is easier access driving demand and capability, or are future use cases like cloud gaming and immersive content driving research into the network, from the core to the edge and including the devices at the edge?

For us as a company, a world where visual technologies, including gaming, are becoming the key use cases and where video drives data consumption is a fantastic one. Our heritage is wireless, but in 2019 we completed our acquisition of the R&D team from Technicolor, one of the absolute market leaders in video research. The result is an engineering team that has almost doubled in size and is also now able to carry out advanced research across the full user experience, from visual technology to connectivity.

Subscribe to our daily newsletter Back
Previous ArticleMobile Mix: Orange turns to green
Next ArticleTwitter clamps down on facial recognition