Huawei, partners to take digital literacy on the road in Kenya 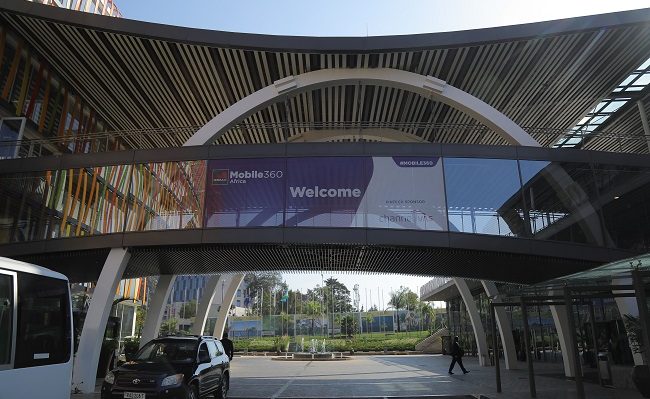 During the session, the three discussed the forthcoming Digitruck mobile classroom project in Kenya and the importance of similar initiatives where technology takes a central role in transforming lives across sub-Saharan Africa.

While highlighting there were plenty of great initiatives underway, Oliech noted there was a lack of clear policy and strategy from some authorities when it came to addressing the digital skills gap in several countries in the region.

Urging increased action on the issue, Mbugua called on governments, not for profit organisations, the telecommunications industry and entrepreneurs to combine on projects to increase digital skills, and engage young people to undertake training in online industries.

Huawei is already playing a central role in a number of sustainability and education projects in developing markets, and used the session to highlight key points from its research into the issue of digital literacy in Kenya and discuss its own efforts to address the problem.

Lane emphasised the issue was at the heart of the company’s mission to “bring digital to every person, home and organization for a fully connected, intelligent world”.

Its study outlined the importance of not only filling coverage gaps, but providing the means and education tools to ensure existing connectivity solutions are used by a wide cross-section of society.

Kenya, which is regularly held up as one of the most digitally advanced economies in sub-Saharan Africa, has 3G or 4G coverage in around 85 per cent of the country, yet only 50 per cent of the population use internet services, according to figures from the Communications Authority.

A study by IDC, commissioned by Huawei, showed where network coverage and electricity were both widely available, a variety of other factors had a negative impact on access beyond the cost of devices and connectivity. Of those surveyed in areas with a network available, 32 per cent stated they were not using the internet because they were not interested; 20 per cent said they did not know how to use a smartphone; and 20 per cent were unaware of how to use the internet (see table, below).

The survey also exposed a significant gender divide with a much higher proportion of women declaring they were unable to use a smartphone compared to men (26 per cent as opposed to 10 per cent).

Education roadshow
To address the issue of lack of education on internet use and to highlight the benefits, Huawei and CFSK are set to launch a new Digitruck to travel to remote areas of Kenya to upskill citizens and increase digital inclusion. Its initial focus will be in areas where new base stations are being installed.

The Digitruck scheme is promoted by NGO Close the Gap and is already operational in a number of regions. It is similar in its scope to a project Huawei undertook in Bangladesh alongside operator Robi Axiata, which as already trained 50,000 women in digital skills using a fleet of mobile classrooms.

Kenya’s new Digitruck will be installed with 20 repurposed laptops, a server containing offline training content and an internet connection. There will also be members of staff on hand to provide digital skills training to citizens along its route.

The mobile classroom will use a number of instruments including the GSMA Mobile Internet Skills Training Toolkit to provide digital literacy training for target groups, teachers and local entrepreneurs. It is scheduled to begin its first journey in September.

In addition to CFSK, Close the Gap and Huawei, the initiative will be partnering with the United Nations, Safaricom and the Kenyan government. It will provide digital skills training for teachers and for youth in-line with Kenya’s Ajira initiative, which promotes digital employment opportunities and provides education so citizens can take part in the digital ecosystem.

The latest Digitruck also forms part of Huawei’s TECH4ALL initiative, which aims to reach 500 million people in five years with the provision of skills, applications and connectivity.

Discussing the wider benefits of the mobile classroom, Lane said: “In addition to helping young people get digital skills which the current Digitruck focuses on, this will leverage Safaricom’s extensive mobile broadband network coverage that Huawei has helped build to help youth go online to find jobs or do online work as part of the government’s Ajira initiative.

“Through working with other partners, the Digitruck will also spread messages around sustainable management of e-waste as well as how to be safe online,” he added. It is also in discussions to collaborate with humanitarian programme organisers to deploy the service in refugee camps.