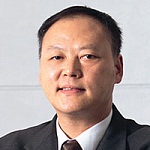 HTC is considering further acquisitions in the media and content space, Peter Chou, the company’s CEO, told the Financial Times.

The executive told the newspaper that “having leading-edge technology is no longer enough. It needs to be a holistic experience of hardware, software and content.”

The ambitious smartphone maker has made a number of acquisitions and investments already this year, largely focused on the identified key areas of media and content – although it has also made buys designed to strengthen its patent portfolio.

However, Chou also told the FT that the company has no plans to buy its own operating system, following reports that it was mulling its options following dramatic changes in the Android and Windows Phone ecosystems. Google is set to become a competitor to its Android licencees through its acquisition of Motorola, while Microsoft has formed a deep partnership with Nokia focused on the Windows platform.

“We can differentiate with our hardware design and we can innovate with the user experience, while at the same time leveraging the large marketplace for Android apps,” Chou told the paper. The company already has its own custom user interface, HTC Sense.

Previous ArticleSprint moves to LTE but at what cost?
Next ArticleGoogle under pressure to detail mobile performance