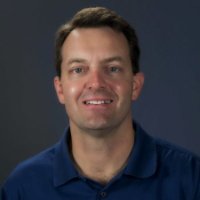 Diabetes management service Glooko has raised $7 million from a number of new investors including Samsung. The firm, which said it will use the funds for a further rollout of its app for diabetes patients, described the backing of the Korean vendor as “strategic”.

It’s possible that Glooko’s diabetes management service is bound for inclusion in Samsung’s S Health app. According to Mobihealthnews, the former’s recent adoption of Android compatibility plus the FDA’s approval of the Korean vendor’s S Health app is evidence in that direction.

Glooko CEO Rick Altinger (pictured) said the company’s next move with its new funding is “to scale Glooko’s system to global accessibility and to add a layer of analytics and messaging capable of making therapeutic recommendations for diabetes management.”

Interestingly, he added the investors, including Samsung, who contributed to the latest round of investment “will help us achieve these goals”.

Other investors in the round include newcomer Lifeforce Ventures as well as existing backers The Social + Capital Partnership, Sundeep Madra and Yogen Dalal.