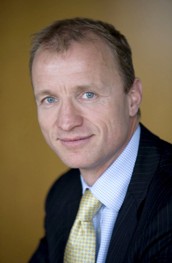 UK number one operator Everything Everywhere announced a £1.5 billion network evolution plan, which will see the further integration of the T-Mobile and Orange mobile networks and deployment of “4G-ready” (LTE) technology.

The investment will be made over a three-year period, with the company planning “double digit” growth in its 2012 network investment compared to 2011.

In the first half of 2012, Everything Everywhere intends to “further improve” its cross-network roaming for T-Mobile and Orange subscribers, to enable devices to automatically select the stronger signal from either network. It will also begin a “phased programme” to streamline network sites, as part of a plan to deliver synergy savings of £3.5 billion by 2014.

The company is investing in “improved equipment that provides wider, faster and more reliable coverage, and which can be easily upgraded to 4G once the appropriate spectrum becomes available.” It is also making significant investment in mobile backhaul, in order to deliver faster data speeds to consumers.

In a statement, Olaf Swantee (pictured), CEO of the company, said: “with mobile data increasing 250% over the past two years, we are making these investments so we can deliver on our ambition to provide the UK’s most reliable, biggest and best mobile data network. We believe that the UK requires a 21st century infrastructure and are committed to rolling out 4G as soon as possible to support growing data use, connect parts of the country with little or no mobile broadband, and drive economic growth.”

Everything Everywhere has been in the process of making job cuts, including streamlining its senior management team. The company has also recently reported revenue declines, largely attributable to regulatory effects.

Yesterday, The Guardian reported that Everything Everywhere is set to appoint financial advisors “within weeks” to sell spectrum which could be worth around £425 million, with the transaction due to take place next year.

The company is required to sell some of the 1800MHz it holds as a condition of the merger of T-Mobile UK and Orange UK. There have been calls for the company to “ringfence” the proceeds of the sale for future investment.