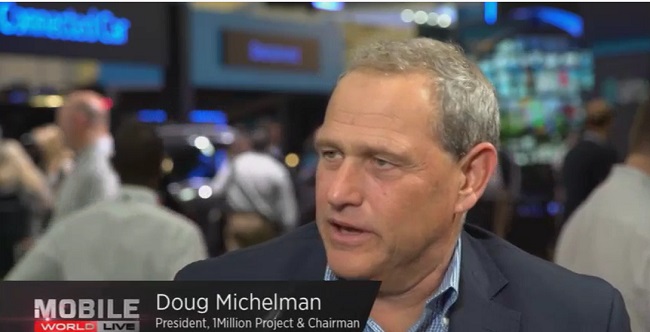 EXCLUSIVE INTERVIEW: Sprint is pushing to bring free connectivity and devices to one million students across the US “as quickly as it can,” but 1Million Project head Doug Michelman admitted progress is dependent on device availability.

Announced in 2016, the 1Million Project aims to provide free wireless service and a device – be it a smartphone, tablet, laptop or hotspot – to one million US high school students over the next five years. As an operator, Sprint took it upon itself to supply the connectivity piece of the puzzle, but Michelman said the project relies on device donations from outside partners.

The project recently kicked off with a cohort of 180,000 students across 30 US states. Michelman said Sprint would love to move faster, but is constrained by device supply.

“Really, our only barrier to moving fast is the number of devices that we can get in hand, either by purchasing them ourselves or having them donated, you know, by the people we do business with in this industry.”

“We actually had applications this year for 350,000 students, we’re doing about half of those – we would’ve gladly done them all if we could’ve acquired those extra devices,” he said.

For more on why Sprint decided to undertake this project and who it’s working with, click here.