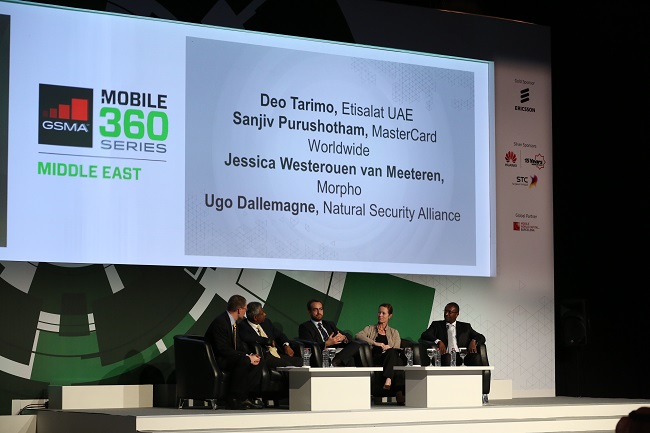 LIVE FROM GSMA MOBILE 360 MIDDLE EAST: Digital identity experts were in agreement during today’s session on identity and privacy that any emerging solution in this space would need to make the customer experience the priority.

“We of course need a solution that is as secure as possible, but it must also be simple and convenient for our users,” said Etisalat’s Deo Tarimo. “We have too many digital identities. We just need a single one.”

Etisalat is one of the operators backing the GSMA’s Mobile Connect solution in a bid to simplify the online authentication process for end consumers. Tarimo noted that the operator was showcasing the technology as part of a demo at the neighbouring Gitex show, which allowed users to make purchases at a ‘virtual mall’.

The focus on the customer angle was a theme covered later by MasterCard’s Sanjiv Purushotham. “The payments industry is looking at ways to make it more convenient to make transactions. But it is always consumers that tell you what they want and it is the consumer who will decide [what to use],” Purushotham said.

He noted that ecommerce in the Middle East and North Africa was currently growing by 20 per cent a year and would be worth $100 billion by 2020. But he added that there was still work to be done, with MasterCard seeing low transaction approval rates in digital compared to physical payments.

The benefits of biometric identification was covered in presentations in the session by Morpho’s Jessica Westerouen van Meeteren, and by Ugo Dallemagne of the  Natural Security Alliance, an alliance of banks, retailers and manufacturers that is promoting a biometrics-based authentication standard.

Westerouen van Meeteren cited the example of the Aadhaar programme in India, which issues citizens with unique identity numbers based on a database of fingerprint/iris biometric data. She added that almost a billion people have enrolled in the scheme to date and issued numbers in order to access a range of services, including opening bank accounts and buying mobile phone contracts. “It is critical that the public and private sectors work together [to make such services happen],” she concluded.