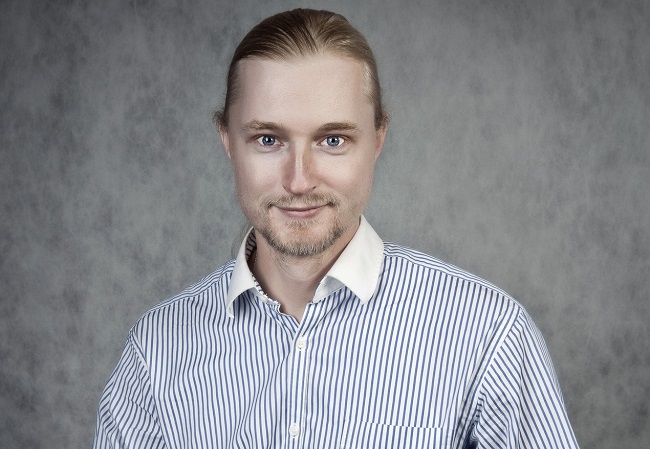 Azarov (pictured) said new developments in the personal cloud sector including the use of artificial intelligence (AI), and enhanced privacy and security means personal cloud is now becoming a key element in operators’ broader push into value-added services (VAS) and their fight against rival services from over-the-top (OTT) providers.

The next generation of cloud services can also offer operators solid uplift in their mobile data traffic, while providing a point of differentiation in an age when mobile “data by itself is no longer a draw,” in terms of operators attracting new – and retaining existing – subscribers to their networks, Azarov explained.

Azarov noted personalised cloud services can “increase data revenue and reduce customer churn” for operators, while also delivering “another dimension to mobile services”, which can be used as a unique selling point to attract and retain customers.

“Our service gives the customer a digital storage space where they can save, share and access their important files on the go at the most optimal speeds using local infrastructure,” he explained.

Another benefit of cloud services from an operator’s perspective is enabling them “to stay competitive with over-the-top” (OTT) services.

Despite the wide range of benefits offered by cloud services, Azarov noted the technology can prove a hard sell among operators, many of which have a “short term focus” in terms of the time taken to see a return on their investment in the form of higher revenue.

“Cloud storage is a difficult service for direct monetisation and as a result, some carriers yield to forward-looking OTT players like Google, Microsoft, and Apple who are using cloud storage as a bedrock for building their ecosystem,” he explained, adding key challenges for Cloudike moving forward centre on “educating carriers on the strategic value of carrier-provided personal cloud storage.”

Another key weapon in Cloudike’s arsenal are references from the tier-1 operators it already counts as customers: “We work with carriers such as Vodafone, Ooredoo, KT, and MegaFon,” Azarov said, adding the company also “partner OEMs like Vestel and Huawei.”

The strategy is paying off for the US-headquartered company: “We currently have customers in Turkey, South Korea, Russia, Mexico and Indonesia. We focused on emerging markets and built our product to provide optimal cloud service in those locations.”

Cloudike’s work with South Korea-based KT represents something of a broadening of its focus regarding its core markets. However, the collaboration could prove a useful beachhead in terms of meeting future demand from Asia-Pacific markets including India, Vietnam and Japan – countries Azarov identified alongside Middle East, and Central and South America as regions where Cloudike expects the bulk of future demand for its services to come from.

Financial benefits
The revenue potential for current and future, customers varies depending on the deployment model they choose: “Some carriers choose loyalty-focused deployments, while others focus on monetisation,” Azarov said.

Citing data from a number of Cloudike’s current deployments, the president said operators choosing to monetise subscribers directly could typically expect to reap an ARPU lift of $1.50 per month. Meanwhile, consumers who use services for free as part of a bundled package “exhibit a $0.50 increase in monthly ARPU”, which is generated in the form of package upselling, and added data consumption.

While the ARPU lift in the latter example is lower than direct monetisation, Azarov noted the bundled approach offers benefits beyond pure revenue lift. Operators adopting this model typically see a reduction in monthly churn, which offers an obvious bonus in the form of higher customer lifetime value and long-term revenue rises.

Of Cloudike’s deployments to date, operators tend to err towards the latter approach: “In balanced deployments we see 8 per cent of consumers paying for a service directly and 92 per cent using a free offering,” Azarov said.

The company’s data also shows an average of 65 per cent of users access its Personal Cloud service on a weekly basis, and increases in customer engagement through carrier native apps.

A crucial statistic, though, is the amount of data users typically consume when using the service: anything between 2GB and 12GB on initial usage, Cloudike information shows.

Service evolution
While proven financial benefits are a key means for Cloudike to overcome the reluctance of some operators to invest in cloud services, which Azarov previously referred to, the company is not standing still in terms of the services it offers.

Cloudike is using MWCS to present its first demonstration of a new artificial intelligence (AI) powered facial recognition technology, which Azarov said is the first of its kind among white-label cloud service providers. The technology “enables our users to search photos of a given person by face alone,” and could prove a key element in operators’ fight against OTT services, he noted.

However, even OTT cloud services such as those offered by Google, Microsoft and Apple can provide an opportunity for operators. Azarov pointed to Google’s backing of carrier messaging based on the RCS Universal Profile as an example, noting the internet giant’s move “will serve as a catalyst for adoption of carrier-provided personal cloud storage.”

“Consumers will be demanding a seamless multi-device messaging session hand-over and will expect a safe backup of their messages (including shared media and files), both of which are achieved by integrating with a personal cloud storage,” he said.

Of course, not all consumers are customers of tier-1 operators.

Cloudike is using Mobile World Congress Shanghai (MWCS) to premiere an expansion of its Personal Cloud service into the MVNO market, a potentially lucrative sector given virtual operators are typically even more challenged in terms of ARPU than operators running their own networks.

The company cited China as an example where MVNO services are among the fastest growing sectors in the communications market as a whole, noting subscriber numbers among China’s MVNOs doubled to 43 million through 2016 – around 3 per cent of the nation’s total user base.

While events like MWCS are a good place for Cloudike to introduce new services including its AI facial recognition product and MVNO offering, Azarov noted the event is also a good opportunity for it to meet clients face-to-face and experience new developments first hand.

“We are very excited to see advances in RCS messaging, some of the offerings from the MVNOs in China, as well as the newer offering from the Chinese OEMs”, the Cloudike president said.