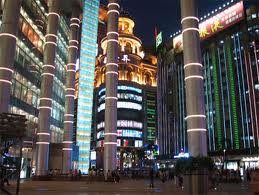 Li Yue, CEO of China Mobile, has said building the operator’s Wireless City initiative is the most important task facing the company over the next five years, according to a story in China Daily.  The initiative is China Mobile’s project to use wireless technology to deliver a range of services to the country’s fast-growing conurbations. Health is a key part of the initiative along with government administration, utility services, transport and education.

China Mobile says it will introduce the project to 200 Chinese cities and aims to have 10 million users signed up to its services by the end of this year. "Networks, platforms and applications are the elements that will determine the success of the Wireless City plan," according to Li Yue, speaking at the operator’s Global Developers Conference in Guangzhou this week. The project is central to the operator’s 12th five-year plan that runs from 2011 until 2015. One example of how it wants to push the initiative forward is by encouraging developers to place apps in its app store, which is called Mobile Market.