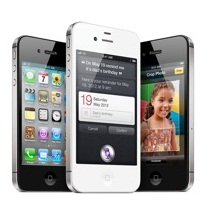 US number-two operator AT&T is on course to break its quarterly smartphone sales record in the final quarter of 2011, thanks in large part to the arrival of Apple’s iPhone 4S (pictured).

The operator attributed the increase in smartphone sales to the number of handset upgrades made during the period following the arrival of the 4S in October. AT&T activated more than 1 million of the Apple devices in the first five days in which it was available and the operator said sales of the device remain strong.

AT&T CFO John Stephens said the company was on track to break its previous record after 6 million smartphones were sold during the first two months of the quarter. With December being one of the strongest months for sales as it encompasses Christmas, AT&T expects to surpass the previous quarterly sales record for smartphone sales of 6.1 million units.

Stephens also said that AT&T will activate LTE services in a number of new markets in December, including New York City, with 70 million people able to access its LTE networks by the end of the year.