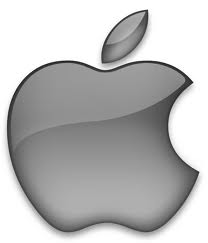 Apple executives met the US Food and Drug Administration (FDA) to discuss its plans for mobile medical applications, according to The New York Times, while a separate report said health and fitness tracking will be a key feature of this year’s iOS 8 launch.

The support for health and fitness in the forthcoming version of iOS indicates that the so-called iWatch, thought to be embedded with sensors, is under heavy development, said the second report from 9to5mac.

It also said the preinstalled health and fitness app in iOS 8 has the working name of Healthbook.

The FDA meeting involved some heavy hitters from Apple including Jeff Williams, SVP of operations, and Bud Tribble, VP of software technology. Also around the table was a new Apple hire called Michael O’Reilly, one of several execs to join recently with a background in health.

On the health side, the app will collect a user’s vital signs, including blood pressure, hydration levels, heart beat and other blood-related indices such as glucose levels. While fitness is less of a concern, moving into the health area requires regulatory clearance. The details for the FDA meeting were not released.

It should also be noted that Apple does try out features for future versions of iOS without necessarily including them in the final version.