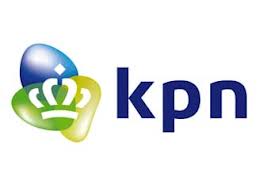 The KPN Foundation, the independent body set up to safeguard the wider interests of the Dutch incumbent, is unwinding its position in the company, following the withdrawal by America Movil of its €7.2 billion bid.

The foundation exercised an option in August to acquire KPN preferred stock which effectively blocked the Mexican company’s bid.

Now it has requested a shareholder meeting to vote on the redemption of the preference shares, which are not publicly traded. The meeting could happen in January or February.

The foundation’s role is to consider the broader interests of KPN, its staff, shareholders and customers.

America Movil still holds a 30 per cent stake in KPN but has said it will not purchase more shares after it failed to strike a deal in October.

The foundation accused America Movil of a “hostile” approach to its KPN bid, rather than trying to strike an initial agreement with the company.

However, America Movil rejected the claim and said if the foundation maintained its current position then the Mexican company would withdraw its takeover offer, which it subsequently did.