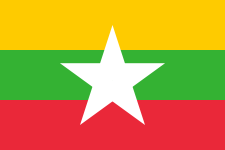 The two companies were reportedly invited into exclusive talks earlier this year with MPT, which needs to brace itself against the imminent entry into the country’s mobile market by Ooredoo and Telenor.

According to GSMA Intelligence (Q2, 2104), MPT has 8.8 million mobile connections.

A Reuters report claims the two Japanese companies, in partnership with MPT, will invest about $2 billion over the next decade in Myanmar’s telecoms networks.

MPT will split earnings from Myanmar roughly equally with the two Japanese firms, which are running their local operations through a Singapore joint venture.

“We’ll be able to reach profitability in a short period of time,” KDDI SVP Yuzo Ishikawa said at a news conference.

Although a leading operator in Japan, KDDI has little exposure internationally. Its international business includes a mobile operation in Mongolia, as well as a MVNO in the US.

Trading house Sumitomo has been running various businesses in Myanmar for sixty years.

Watch our video on the opportunities for Myanmar’s mobile market here.