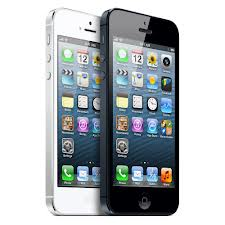 Wang Xiaochu, chairman and chief executive, had warned in the company’s interim report that expansion into the high-end market – through iPhone marketing initiatives and handset subsidies – would create “short term pressure on profitability”.

This indeed has turned out to be the case. During 2012, China Telecom’s SGA (selling, general and administrative) expenses spiked by 29.4 per cent, to CNY48.7 billion, largely because of iPhone-related marketing expenses. Other operating expenses were CNY40.3 billion, up 39.7 per cent. The rise was mainly attributable to the increase in the cost of mobile terminal equipment sold.

The chairman added, however, that the iPhone would “enhance long-term sustainable growth and value creation for the company”.

China Telecom launched the iPhone in March last year, joining China Unicom (the country’s second largest operator) in selling Apple’s device. China Mobile, the country’s biggest operator, has still to ink an official iPhone deal with Apple (although there are abundant numbers of ‘grey’ iPhone devices on its network).

Net profits dropped from CNY16.5 billion ($2.7 billion) to CNY14.9 billion on operating revenue of CNY283 billion (2011: CNY245 billion). Of China Telecom’s turnover, mobile accounts for CNY117.8 billion, an enormous 43 per cent increase from the previous year. Wireline revenue grew by a much more modest 1.8 per cent, to CNY165.2 billion.

3G is stoking China Telecom’s growth. Out of its 161 million mobile subscribers at the end of December 2012 (up from 126 million twelve months previously), 69 million were 3G customers. That’s a 43 per cent jump to the operator’s 3G subscriber base.

And while the operator claims only a 15 per cent share in the country’s mobile market overall, it commands a 30 per cent share of China’s 3G customers. More 3G customers are helping to drive up mobile data revenue, which leapt 47 per cent to CNY92.8 billion.

China Telecom’s capital spending was CNY53.7 billion in 2012, up 8 per cent. After completing the acquisition of its parent company’s CDMA assets, however, capital spending rose to CNY72.5 billion.

Add in the sharp jump in SGA expenses and it helps explain why China Telecom’s free cash flow dropped by a massive 39.4 per cent, to CNY12.3 billion.

Previous ArticleVodafone could take rating hit; not in hurry to sell VZW stake – report
Next ArticleWeve opens up on UK m-commerce rollout