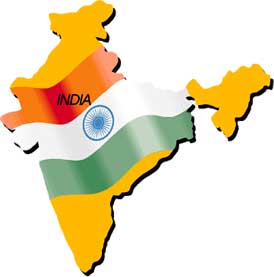 Almost 90 per cent of the total spectrum being auctioned off has been provisionally sold, the government said. The amount expected to be generated tops the INR1.06 trillion raised in the 2010 auctions.

The country’s top four mobile players — Bharti Airtel, Vodafone India, Idea Cellular and RCom – appear to have held on to spectrum in the 900MHz band in most regions, or circles, where their licences soon expire.

RCom, the country’s fourth-largest operator, reportedly retained airwaves in four of its seven crucial regions, the Economic Times said. Jio Infocomm is said to have acquired CDMA spectrum in a number of regions, while Aircel and Uninor have been “fringe players”.

The government has not released the names of the winners as officials said they were barred from declaring the results by the Supreme Court, which is due to hear cases filed by operators challenging the auction procedures, the Times said.

Bids in the 900MHz band were almost double the reserve price, while the 800MHz band has seen a premium of 78 per cent over the base price.

The Times, citing estimates from analysts, reported that spectrum prices have risen over their base prices by about 120 per cent in RCom’s renewal regions, 111 per cent in Vodafone’s areas, 96 per cent in Bharti’s circles and 83 per cent in Idea’s service areas, on a per MHz basis.

The Cellular Operators Association of India (COAI) has warned that the huge investment India’s mobile operators are making in spectrum will lead to higher tariffs for mobile services next year.

This was the country’s fourth auction after the Supreme Court cancelled the licences of nine mobile operators in February 2012. The previous round for spectrum in cities generated INR621 billion a year ago.