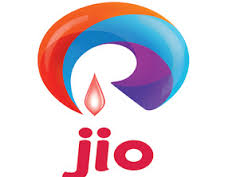 Speaking at the annual general meeting of the parent company, Ambani said: “All the key components of the Jio broadband network are now operational. As we speak, we have an end-to-end initial capacity to serve in excess of 100 million wireless broadband customers and 20 million fibre-to-home customers, with capabilities to easily expand further as the business scales up”.

“We are currently in the pre-launch testing and stabilisation phase of this large and complex network. Over the next few months, we will initiate an extensive beta launch, involving millions of friendly customers across all our markets. The beta programme will be upgraded into commercial operations around December of this year,” he said.

Reliance Jio Infocomm secured a robust position when it became the first telecom operator to hold a pan-India unified license. It is the only private player with broadband wireless spectrum in all 22 telecom circles of India, and has secured additional spectrum since. But the big question mark has always been when it would launch services – earlier reports said it faces penalties if services are not available by the end of this month.

Ambani highlighted the reach of the network the company has constructed, stating that “Jio is now present in all 29 states of India, with a direct physical presence in 18,000 cities and towns of our nation. Jio’s wireless presence extends even further, and covers 100,000 villages. We are expanding this footprint to cover nearly 80 per cent of India’s population by the end of this year.”

“Our roadmap is to have 100 per cent national coverage within the next three years,” he continued.

And the benefit of its “legacy-free, next-generation voice and broadband network which can be seamlessly upgraded even to 5G and beyond” will be in extending digital connectivity to a wide set of Indian consumers.

“In rural areas, we are prioritising connectivity to thousands of schools. This is to ensure that the benefits of our broadband initiative is first and foremost felt by the young students who stand to gain the most by accessing the information superhighway,” he said.

“Jio’s true success will be measured by a whole new generation of entrepreneurs, stepping-up to leverage the digital assets that Jio has built. In that sense, what Jio is building is a powerful platform on which a range of rich digital services can be enabled – it does not matter if these services are created by Jio itself, its ecosystem partners, or anyone globally,” he observed.