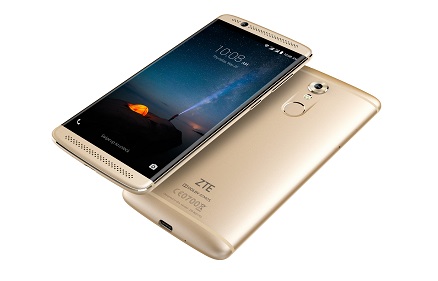 LIVE FROM IFA 2016, BERLIN: ZTE announced an addition to its Axon 7 smartphone family, Axon 7 Mini, placing a lot of emphasis on its audio capabilities.

The big difference is the smaller screen, with 5.2-inches now counting as “mini” in ZTE’s eyes – Axon 7 has a 5.5-inch display.

“We have inherited the DNA of the Axon 7, and just made it a little bit smaller,” said Waiman Lam, VP of product and technology at ZTE Mobile Devices.

Lam said that key smartphone use cases – such as watching videos and listening to music – all feature audio as a key component.

ZTE was keen to highlight the advantages the device offers over key rivals such as Samsung’s Galaxy S7, HTC’s 10 and Huawei’s P9. It said Axon 7 Mini is the only device to feature a dedicated Hi-Fi chipset, while only one of the rivals (HTC 10) offers Hi-Fi codec support.

Imaging capabilities come in the form of a 16MP rear camera and 8MP front shooter, with ZTE pointing out the intelligence of the software behind them.

“It is the software that is allowing the Axon 7 Mini to be able to detect many different types of scenarios, so you as the consumer can just point and shoot and take pictures,” Lam said.

The device is powered by an octacore Qualcomm Snapdragon 617 chip, with 3GB of RAM, 32GB of storage and microSD expansion.