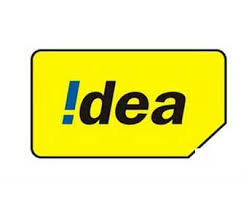 Net profit in the three months to the end of June 2015 was INR9.3 billion, an increase of 27 per cent over the same period last year.

Idea claims to be the country’s fastest growing operator. In the year to end-June 2015, it added 25 million net active subscribers, against 18.6 million in the same period in the previous year. It has a total of 165.8 million customers.

The operator argued that falls in price per minute for voice traffic, which were impacted by TRAI regulation and an increase service tax rate, was compensated by a growth in demand. Minutes of usage grew by 18.5 per cent during the quarter.

In addition, its mobile data customer base rose in the quarter by 3.7 million to 37.2 million. In fact, 23 per cent of Idea’s total customer base have used either its 2G or 3G network to access the internet. This level of penetration still leaves it room for future growth.

Capex in the quarter was INR1.37 billion, with the operator now having network coverage of nearly 80 per cent of India’s population. The expenditure was fully funded from quarterly cash profit, it said.

Speaking later, CEO Himanshu Kapania said Idea had raised its annual capex guidance by about 20 per cent as it prepares for a 4G rollout.

“The 4G approach is to go into well-evolved markets where already adoption of 3G is strong and where there has been an early start of people buying 4G devices,” Kapania told Reuters.

Reliance Jio claims rivals made $15B by inflating prices