Paving the wave for jump in 5G cell site requirements 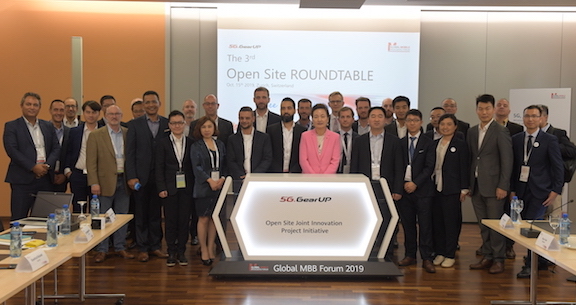 New 5G networks will require a substantial increase in the number of cell sites required for the same level of coverage offered by LTE, raising significant hurdles for operators as they gear up for the next-generation mobile technology.

Analysys Mason, in a recently released white paper, forecast that by 2025 there will be 14 times more base stations deployed on poles and city furniture than in 2017.

She noted 5G networks require two- to three-times more site resources (macro, pole and indoor). A key issue studies show is the lack of space in many urban areas. An additional problem is it can take six to nine months to acquire a site due to the many layers of approvals required at various government agencies. Of course, the requirements can defer greatly by country, or even state and city.

Policy issues
The roundtable, with a dozen representatives from mobile operators and analysts and consultants, focused on three general areas: policy, resources and standards.

The objective of the session was to outline ways to work more effectively with local authorities and other stakeholders to speed up approvals and reduce costs by eliminating deputation.

The assets being considered include electric, traffic and lighting poles as well as road signs and existing telecoms sites.

Faisal Zia, senior project manager of Future Networks at GSMA, outlined the association’s efforts to improve network economics for operators, with a focus on exploring how to make deployments easier and recommending best-in-class innovation to help operators.

He said operators have to collaborate with the entire ecosystem and not just vendors, with the topic of freeing up space for new sites needed to be part of the conversation when talking about 5G.

Local action
During a wide-ranging discussion, participants emphasised that site deployment is generally a local issue, which is difficult to solve at a national level.

New business models are emerging, with some municipalities bringing in private companies to install and manage the assets. One model being considered is pay-as-you-use, for example with digital signage.

But a US-based analyst said cities don’t really understand revenue generation, as their focus is on reducing costs and lowering taxes.

He noted mobile operators’ core business is RF not real estate, so recommends working with established tower companies which have experience acquiring and managing sites.

There was agreement on the need to understand the entire value chain, with each stakeholder becoming familiar with potential commercial models.

The analyst said one way forward is to convince local municipalities there are financial benefits to opening up infrastructure and argue they will fall behind neighbouring areas if they don’t adapt.

Roland Eisenhut, senior manager of central radio engineering at Sunrise, said approvals in Switzerland, a small country with 26 states, can be very difficult as decision are local. “We wish we could find a way to standardise” the process, he said.

The operator has made progress is some areas, adding 250 cells to poles to accelerate its 5G deployment. Equipment using a maximum of 6 watts now doesn’t require approval and takes just two days to install.

It is pushing to change regulations to increase the limit, perhaps as high as 40 watts and also is looking for potential partners for additional site locations.

China example
Mohamed Madkour, VP of Global Wireless Network Marketing at Huawei and chair of the roundtable, gave examples of the progress in China, where a district in Shanghai is adding multi-function poles, with the target of installing 30,000 5G-capable poles before the end of 2020.

The deployment will increase available site resources by 75 per cent.

Not to be outdone, Shenzhen already has 5,000 base stations on poles.

He noted some cities are paying to deploy the assets, but others are lining up private investors.

A street light manufacturer operating in Chengdu, China, is managing two-thirds of the city’s streetlights and has 15-year rights of way. He said the country has a common standard for smart street lights so getting things done in China is much faster than in other countries, adding that industry has a lot of influence in policy-making in the mainland.

He said streetlight can have up to 12 functions, and equipped with lighting, sensors, CCTV cameras, digital signage and cell sites.

Since the ROI on a pole can be five to six years, his company is looking at more than adding 5G capability.

Subscribe to our daily newsletter Back
Previous ArticleGearing up for 5G from Zurich
Next ArticleFeature video: MBBF19 highlights

Gearing up for 5G from Zurich

Operators back LTE for more than a supporting role