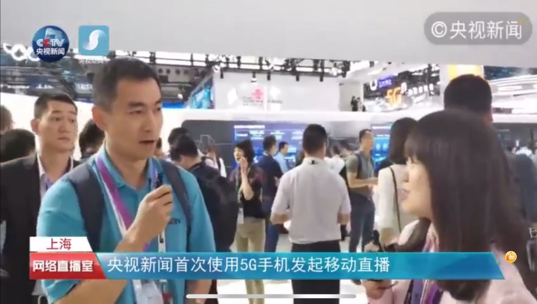 CCTV media reporters started the broadcast tour with just their 5G mobile phone, but by connecting to China Unicom’s 5G DIS networks, were able to stream clear video from the MWC exhibition halls to hundreds of millions of views across multiple internet platforms.

One of the most noticeable changes at this year’s MWC Shanghai is that 5G is now becoming a reality as visitors begin to witness the real changes the technology can make across a multitude of industries. China issued its first commercial 5G licenses to operators this month, giving a huge boost to the telecom sector and indicating that the nation is on the brink of wide-scale 5G adoption.

There is a Chinese saying that food and fodder must come before troops and horses, and operators in the country had been running many 5G trials indoors and outdoors to prepare for commercialization well before the licenses were issued. China Unicom has long been a pioneer in 5G and has been blazing a trail of innovation for networks in all scenarios, industries and environments, for businesses and consumers. Airports, railway stations, arenas, and other high-value use cases are now prime targets for China Unicom to deploy 5G DIS networks as they look to demonstrate the value of indoor 5G networks in areas of high mobile use.

Here are some highlights of 5G DIS from China Unicom during the event.

DIS delivers 5G indoor coverage
The MWC Shanghai 2019 event marks the first major international exhibition following the official licensing of 5G in China. It is also an important window for China Unicom to showcase its 5G commercial performance, demonstrate its innovations of the technology, and provide commercially viable services to its first batch of 5G users.

In open exhibition areas like the SNIEC, interference control and capacity typically contradict one another. China Unicom used external antennas to restrict the coverage area of each cell in a way that offered precise coverage while controlling interference from overlap between cells. Even with the high level of data traffic at MWC Shanghai, China Unicom’s 5G LampSite network not only ensured high quality uninterrupted live TV broadcasts but also provided 800+Mbit/s speeds, realizing the company’s goal of delivering a premium experience for MWC Shanghai 2019. 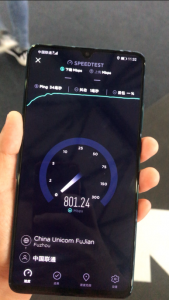 End-to-End Applications for 5G DIS
China Unicom showcased several 5G applications across a range of industries at the event, such as unmanned distribution, smart security, and smart ports using 5G technology. One of the centerpieces on show was an unmanned food delivery system revealed in partnership with Huawei and Meituan Group.

Distribution cars were equipped with a laser radar and three HD cameras which fed real-time data via the 5G DIS network to a remote control system. Even traveling through S-shaped bends, the cars were able to safely deliver food packages. China Unicom plans to expand this application to stadiums, parks, and other venues for pilot tests and promotional events.

Three months later, China Unicom successfully launched the world’s first 5G DIS network and conducted a series of verification tests in the Changhua Building, a Beijing construction where residents used it to make long-distance calls. With the help of 5G, this old building has been born again. 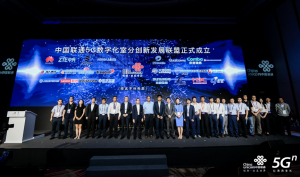 Subscribe to our daily newsletter Back
Previous ArticleInterview: 5G remote surgery
Next ArticleDT rounds on regulators at 5G launch