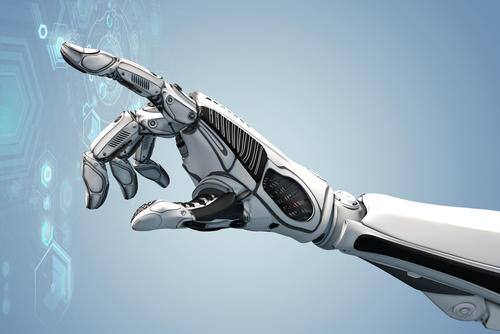 Huawei’s Deputy Chairman and Rotating CEO, Ken Hu, kicked off the event by noting that while the evolution of the industry means “opportunities are everywhere”, networks need to be ready to support this. “Future networks should be application-centric, data-driven, and eventually, they should be intelligent systems,” he said in the opening keynote address. Hu warned that networks will be expected to support a range of use cases, but in terms of operations and maintenance (O&M) there has been little in the way of change.

Huawei has found, on average, that network O&M costs are roughly three- to four-times the cost of equipment itself and 70 per cent of major network faults are the result of human error. Hu believes the use of big data and artificial intelligence (AI) will enable operators to build networks which can be controlled and managed more intelligently. “We think intelligent network points to an important direction for the telecoms industry, and it’s a solution to the paradox in the industry.” This paradox, said Hu, “is the need for networks to support more diverse and complex applications, but at the same time the network technology is becoming more complicated as well as advanced.”

Gary Coombe, President of Proctor & Gamble (P&G) Europe is also optimistic about the opportunities, despite the disruption caused by new technologies. He explained in his keynote presentation how the company’s business model, honed over 180 years, is being turned upside down by mobile and digital technologies, which are also impacting the advertising industry and retailers. “The technology being developed could be judged as a threat, but we don’t see it that way. We see it as a huge opportunity to transform our business,” Coombe stated. 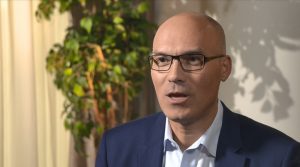 5G was the main focus of the keynotes during day one at MBBF. Indeed, improved efficiency is a major selling point for 5G, claimed Vodafone Group CTO Johan Wibergh (pictured left). “The increased efficiency you are getting means that 5G is significantly more efficient than 4G. And if you look at cost, you almost have ten-times the cost efficiency with 5G. I don’t understand why we as an industry are not talking more about this, because at the beginning of 5G there is going to be much more mobile broadband usage, and cost is a challenge for us.”

Wiburgh argued the mobile industry also needs to focus on what 5G can deliver in the near future, rather than looking at far-off use cases. “We know that at the end of the day we need to make a business case to make this work,” he continued, noting improved efficiency could play a part in this.

Bruno Jacobfeuerborn, CTO at Deutsche Telekom, lamented on day two that right now the business cases for 5G aren’t there. “That’s the sad story. But we will have a business case, for sure,” he asserted. He pointed out for the first time ever the customer is the focal point – in the 2G and 3G eras technology was the focus (and even to some extent too in the 4G world). To that end, Deutsche Telekom is running a 5G New Radio trial in a real-world setting on its network in central Berlin in an attempt to gain consumer-led learnings from early 5G developments.

Highlighting the speed with which the industry will move to 5G, GSMA CTO Alex Sinclair said in his keynote the organisation predicts by 2025 5G connections will reach 1.2 billion – a figure which will be more than total 2G connections at that time.

NTT Docomo CTO Hiroshi Nakamura also emphasised that co-creation will be fundamental to accelerating future 5G services. The executive said innovations such as autonomous driving, VR, and smart homes and smart cities can be developed but require collaboration with partners. “I believe 5G supported by AI is a core technology for realising a new world and new lifestyles. Docomo’s vision requires co-creation – we cannot launch these new services alone.”

It was also claimed that 5G networks will require increased use of microsites to complement an operator’s existing macro sites. Eros Spadotto, EVP at Canadian operator Telus, told the audience that its traffic increases by about 30 per cent in areas where it deploys microcells. In many cases, he said microcells have payback periods of less than a year (and on average only around two years). “That’s a tremendous opportunity as we look to make more money,” he declared. 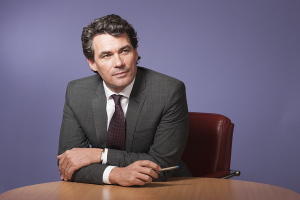 BT CEO Gavin Patterson (pictured left) also made headlines in the keynotes on day two by agreeing there is a need to have a clearer business model on which to build 5G network investment plans. “Clearly the innovation is there, it’s coming to market quickly. But, ultimately, as carriers we’ve got to make a significant investment and lower CAPEX, and the business case still needs to be I think learnt, in many ways,” he said.

Start now – with 4.5G
Although 5G deployments are still a couple of years off, Ryan Ding, president of Huawei’s Carrier Business Group, used his address at the opening of day two’s keynotes to urge operators to “act now” in building capabilities to support future 5G services. “Our industry cannot just sit and wait for 5G,” he warned during the ‘4.5G Innovation and Growth’ session. “We must act now, incubating new services and building new capabilities in 4.5G networks. I believe that WTTX [fixed-wireless access] and NB-IoT will be a good start,” he said. “These two services will not only create some new revenue, new services, but they will prepare operators to build 5G capabilities in operations, in organization, and most importantly, in ecosystem,” Ding continued.

In Europe, Telefónica is not waiting for 5G standards to be ready, noted CTIO Enrique Blanco, who said the operator is focused on using the full power of 4G LTE and being prepared for 5G when it becomes possible. Meanwhile, Arnaud Vamparys, Senior VP for Radio Networks at Orange, revealed plans in the 4.5G keynote session to start end-to-end 5G trials next year, with national coverage targeted in 2021 or 2022. 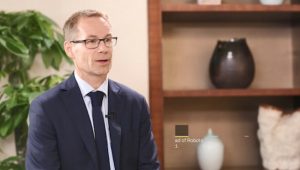 Beyond the operator and vendor keynote presentations, Joni Rautavuori (pictured right), a group VP at ABB Robotics, grabbed attention in his address by stating that future networks need to be more robust and faster in order for industrial applications to truly go mobile. “While there are many IoT applications where the quality and speed of today’s networks are good enough, there are many opportunities which require better quality communications and 5G will play a clear role here,” he explained.

David Lynn, President and CEO of Viacom International Media Networks, expressed confidence in mobile becoming a mainstream pay-TV platform, rivaling fiber in quality, but also noted that milestone may have to wait for 5G networks. “I’m certain mobile will become a mainstream platform for pay-TV, but perhaps mobile streaming will not fully come of age until 5G networks are widely established,” he said. “Mobile may then match fiber or Direct To Home (DTH) for choice, reliability and quality, allowing it to differentiate itself by offering new content experiences, including AR and VR.” 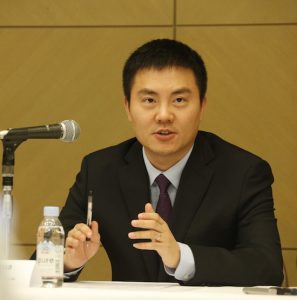 Closing the keynote programme, Edward Deng (pictured left), Huawei’s President of Wireless Solutions, conceded that network architecture will face new challenges as new services will have increased diversity but must be supported on a single network. The network therefore needs to be flexible and agile to support this and to shorten the time to market to help operators take advantage of these opportunities.

Deng pointed out another challenge will come from network management efficiency. More cell sites will be needed and more spectrum will be released in the future, which will result in increased network complexity and growing OPEX. Deng said that to support future capabilities, tomorrow’s wireless networks must be more intelligent to make operations simpler. “So 5G, cloudification and intelligence are the most important elements for future mobile networks,” he concluded.