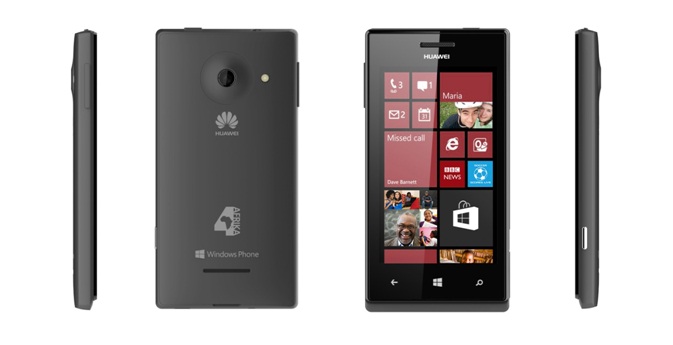 The Windows Phone 8 device is a variant of the Ascend W1, the Chinese giant’s first WP8 device, which was announced earlier this year.

In line with Microsoft’s tight control of the Windows Phone ecosystem, the device has a specification similar to many others in the range – 1.2GHz dual core processor, 4-inch screen and 5-megapixel camera.

It also comes preloaded with custom apps “created by African developers for African consumers”, and there will be a market-specific store within the larger Windows Phone Store for downloading locally-relevant apps and content.

The smartphone will be available in Egypt, Nigeria, Kenya, Ivory Coast, Angola, Morocco and South Africa towards the latter part of the first quarter of 2013.

The Huawei 4Afrika is not the first Windows Phone smartphone targeting this market: in a blog post Microsoft said that “Windows Phone already has a strong presence in Africa with devices from HTC, Samsung, and Nokia”.

Indeed, Microsoft and Nokia are undertaking a customer training programme in Kenya and Nigeria intended to accelerate adoption of the vendor’s low-end Lumia 510 and Lumia 620 smartphones.

The key issue for the device will be price. Microsoft used the word “affordable”, without providing any further guidance.

According to the New York Times, this will put it in competition with lower-cost Android devices, as well as products such as Nokia’s Asha range, which targets emerging markets.

Indeed, Huawei has its own Android devices which will come in at similar price points.

With more than 90 per cent of handsets sold in this market being feature phones, the intention is to provide in-store training for customers “to help them get the most from their new Lumias and manage their new data plans”.