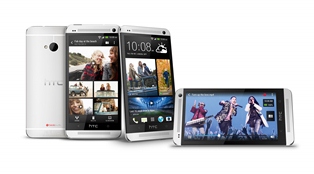 HTC announced uninspiring sales figures for July 2013, showing a weak start to what the company has already warned is likely to be a loss-making quarter.

It previously said it expects revenue for the quarter to be TWD50 billion ($1.7 billion) to TWD60 billion, with an operating margin of “0 per cent to minus 8 per cent”.

The July figures mark the second month of sequential declines (down 28.75 per cent from June 2013), indicating that the company is not seeing significant momentum following the launch of its HTC One flagship earlier this year.

In a conference call last week, the company argued that the performance of HTC One is “different from last year”, when the flagship One X had only a limited positive impact following its introduction.

The company has also promised the introduction of new devices later this year intended to bolster its position in the “mid-tier” smartphone market.

Bloomberg said the company announced its intention to buy back up to TWD4.35 billion of its own shares in a period running to October 2013, equivalent to around 1.8 per cent of its outstanding shares.

Engadget reports that there had been reports in the Chinese press that HTC is up for sale, although this was swiftly denied by various involved parties.

While the company is facing a loss now, it has at least maintained profitability in a market that has seen numerous competitors, including Nokia, LG Electronics, and BlackBerry, struggling.