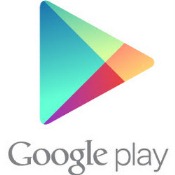 Google agreed to pay at least $19 million to parents whose children have run up large bills in Google Play via in-app charges that were unauthorised by the account holder.

The settlement with the Federal Trade Commission (FTC) also includes an agreement by Google to change its billing practices “to ensure that it obtains express, informed consent from consumers before charging them for items sold in mobile apps”.

The FTC complaint against Google alleged that the company violated the FTC Act’s rules against unfair commercial practices by billing consumers for charges made by children within apps downloaded from Google Play.

Google has supported in-app charges since 2011 with the complaint claiming that charges were made for purchases without a requirement to enter a password or any other way to obtain authorisation from the account holder.

This meant children could easily make in-app purchases without any restriction, with many consumers reporting unauthorised charges that stretched into hundreds of dollars.

In 2012, Google began to provide a pop-up box asking for the account holder’s password before billing for in-app purchases. However, the box did not contain information about the charge to be authorised.

In addition, customers were not informed that entering a password would allow purchases to be made for 30 minutes without the need to re-enter the credentials.

The complaint also alleges that Google referred users to app developers when requesting refunds for in-app purchases made in this context.

Google must contact all consumers who were shown to have made in-app purchases to inform them of the refund process for unauthorised charges within 15 days of the order being finalised. Refunds must be made promptly once they have been requested.

“As more Americans embrace mobile technology, it’s vital to remind companies that time-tested consumer protections still apply, including that consumers should not be charged for purchases they did not authorise,” said FTC chairwoman Edith Ramirez.

Apple reached a similar settlement with the FTC in January in which the company agreed to reimburse parents to the tune of $32.5 million.

In July the FTC sued Amazon for policies in its Appstore that have previously seen children reportedly spend “millions of dollars” on in-app purchases without parental permission.

Google tightened up the process for making in-app purchases in March following the filing of a class action related to children making unauthorised purchases. Google Play now requires a password to be entered every time an in-app purchase is made.