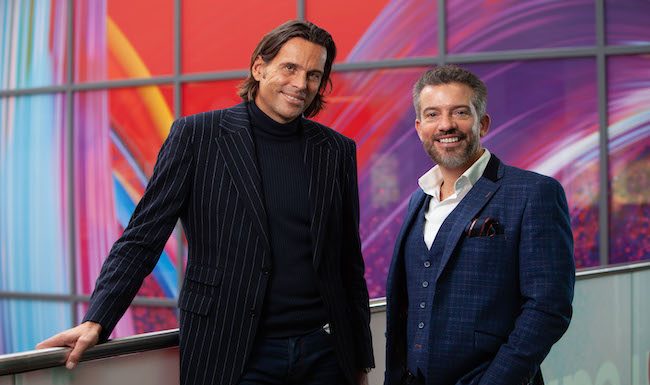 The agreement involves provision of voice and data services to Virgin Mobile and Virgin Media Business, along with full access to all of Vodafone’s current services and technologies, including 5G.

Virgin Media’s deal with BT Enterprise is due to expire in late 2021, just shy of five years after it commenced, the new partners stated. A launch of 5G service by Virgin Mobile using Vodafone’s network is due to happen before the broader transition, they added.

Massive win
Virgin Media CEO Lutz Schueler (pictured, left) said it will continue to work with BT in a number of areas, but it was now the “right time to take a leap forward with Vodafone to grow faster and faster”.

For Vodafone, the deal is recognition for “the huge investments we’ve made, and continue to make in building the UK’s best mobile network”, added Nick Jeffery, CEO of its UK division (pictured right).

CCS Insight’s director of consumer and connectivity, Kester Mann, described the agreement as a massive win for Vodafone over chief rival BT.

Paolo Pescatore concurred. “For Vodafone this is a great coup as it continues to turnaround its fortunes in the highly competitive UK market,” he noted. “This latest deal will give Virgin Media more flexibility to compete with rivals.”

Subscribe to our daily newsletter Back
Previous ArticleFCC gives its blessing to T-Mobile, Sprint marriage
Next ArticleMicrosoft calls for new wave of privacy protection